4 Secrets of a Productive Day

And the Origin of the 8-hour Workday

Have you ever wondered when the 8-hour workday started?

And why companies and wannabe entrepreneurs are still following it today?

Is working for eight hours a day which translates to roughly forty hours a week (or more for the workaholics out there) effective?

Or is it counterproductive?

For decades, companies across the globe are constantly searching for an edge — actively seeking for new techniques and practices to increase employee effectiveness, efficiency and productivity and of course, to boost profits.

That’s why in this post, I’m going to share to you the 4 secrets of a productive day.

But before that, let’s take a look at the 8-hour workday first and discuss why our culture is so attached to it even though it does not equates to productivity and efficiency.

As you can see on the data provided by the Bureau of Labor Statistics, the average American works about 8.8 hours a day ––  spending only a total of 7.6 hours on his other day to day activities (sleeping aside). 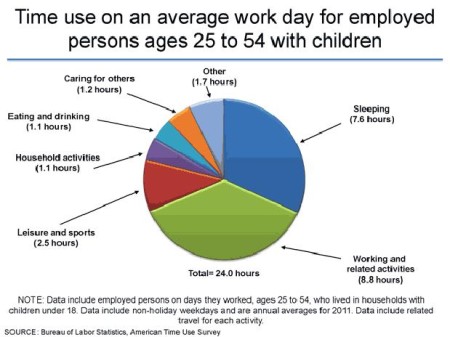 Does it follow that he has a productive day? Honestly, I don’t know.

Knowing how many hours an employee clocked in has little to say on how productive his or her workday is.

The chart simply illustrates how many hours a typical workday is for a typical employee working in a typical company.

The average American works about 8.8 hours a day

So why eight hours? Well, we have the Industrial Revolution to thank (or curse). The birth of machines and factories in the early years of the Industrial Era meant only one thing — production.

Companies wanted to maximize everything so they ran their machinery 24/7, dragging their employees to long work hours (10 to 16 hours) which ultimately became the standard.

The phrase above was Robert Owen‘s slogan during his campaign to have employees work for no more than 8 hours a day.

The call rallied a lot of workers on his side but despite his efforts, the change was not implemented until 1914.

“One of the first businesses to implement this was the Ford Motor Company, in 1914, which not only cut the standard work day to eight hours, but also doubled their worker’s pay in the process.

To the shock of many industries, this resulted in Ford’s productivity off of these same workers, but with fewer hours, actually increasing significantly and Ford’s profit margins doubled within two years.

This encouraged other companies to adopt the shorter, eight hour work day as a standard for their employees.”

The origin of the 8-hour workday is no rocket science. It was just a decision made by one company, which happened to be one of the era’s greatest trend setter.

Working for eight hours a day during the Industrial Revolution has nothing to do with employee productivity — it’s about machines and how they can be used efficiently.

But that’s not how the 21st century works.

It’s Your Energy, Not Your Hours

If the 18th and 19th centuries are solely focused on machines, according to prominent author Tony Schwartz, for the 21st century, “Manage your energy, not your time.” says Schwartz, we all have to manage four types of energies everyday:

1. Physical Energy – Are you physically able to do the work? How healthy are you?

2. Emotional Energy – Are you happy?

4. Spiritual Energy – Are you living with purpose? Why are you working?

Focus: The Foundation of a Productive and Efficient Workday

Studies show that humans can only focus on a task for about 90 to 120 minutes with 20 to 30 minute breaks in between.

This is called the Ultradian Rhythm. And below is picture that illustrates how it works: 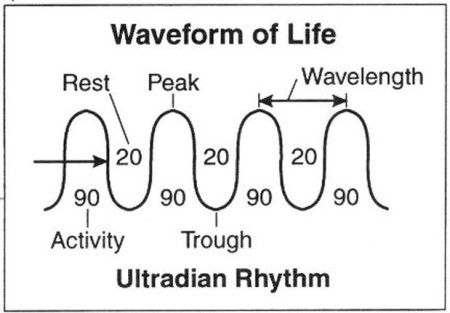 A peak indicates optimum performance while a trough shows a drop in productivity and efficiency.

For a person’s productivity to peak again, rest is a must. With this in mind, wouldn’t it be better to start thinking about what you can do in a 90 minute session than what you can get done in an 8-hour workday?

To really appreciate FOCUS, it is imperative that we understand how our brain works.

And we have Justin Gardner to thank. In his research, Gardner shows that our brain uses a 2-step process when “working”.

These steps are represented by the pictures below: 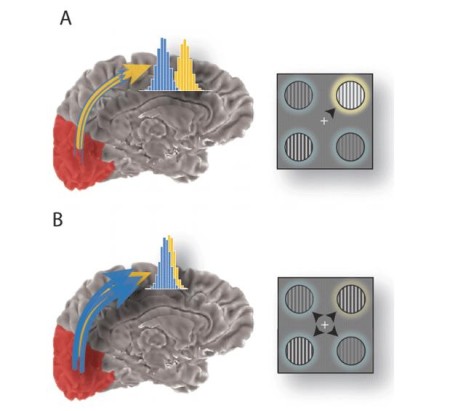 Figure A shows that when our brain is presented with one task, it can sort out the important (yellow) from the distractors (blue) effectively.

Figure B, on the other hand, shows a multitasking brain. As you can see, it combines the distractors and the “importants” — significantly reducing one’s ability to focus.

And as a result, productivity is hampered.

Gardner concluded in his research that in order to be more productive, we must (1) avoid multitasking and (2) stay away from distractors when working on the task at hand.

Well, that’s easier said than done so in the next section, I’m gonna share to you the 4 secrets of a productive day. So read on!

The 4 Secrets of a Productive Day

These tips don’t only apply to your work. If you allow it (and I’m sure you will), it can permeate other areas of your life too!

In a world of Facebook, Twitter and mobile games, it’s so easy to get distracted by a popping notification.

The moment you check it out, you’ll soon find yourself trapped — scrolling endless pages of status updates and tweets.

During your 90-minute session, turn off everything that could become an alert. Trust me, having no alerts on my phone and computer made me more productive and efficient.

2. Increase the Relevance of a Task

It’s hard to focus on something that doesn’t have a deadline (I’ve been there).

So according to researcher, Keisuke Fukuda, adding you own deadline coupled with a reward can significantly boost your productivity.

Says Tony Schwartz, “The fittest person is not the one who runs the fastest, it’s the one who has optimized their rest time.”

Being busy does not necessarily mean that you’re productive. And remember, you have that Physical Energy to manage.

So don’t get carried away filling up your schedule with tasks and projects.

Leave some time for rest and don’t forget to plan how to rest — read, nap, grab a snack or meditate — it’s up to you.

Do you still remember our short discussion about the Ultradian Rhythm?

The best way to stay focused and productive is to split your day into 90 minute windows (and don’t forget that 20 minute rest).

Give it a shot, and you’ll see that you can get more done easily.

At the end of the day, the number of hours you clocked in don’t matter.  I know of people who work for only 4 hours a week and can still achieve great lengths.

A good example is Tim Ferriss‘ “The 4-Hour Workweek”. On the other side of the coin, there are also people like Twitter’s and Square’s Jack Dorsey who grinds 16 hours a day to keep your tweets and your payments running smoothly. 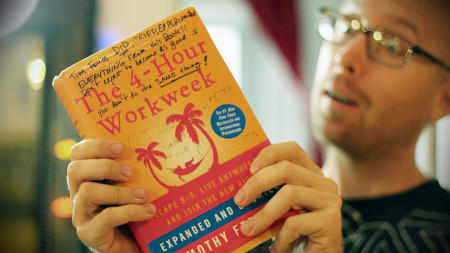 The 21st Century is all about results.

And to achieve the level of productivity and efficiency required to nail it, your ability to focus and take care of your emotional, spiritual and physical well-being is paramount. 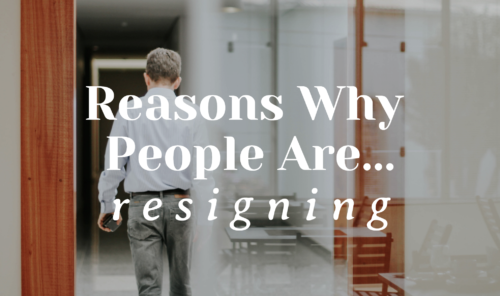 How to Combat the Great Resignation

Employees are leaving in their droves & here’s what HR can do about it. 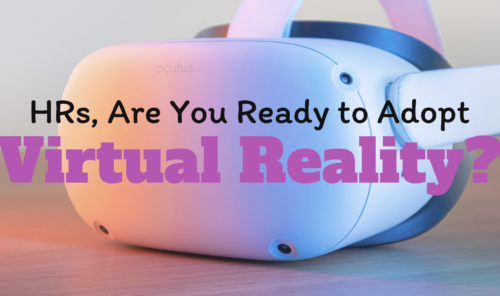 VR’s Experience Makes It Extremely Powerful for the HR 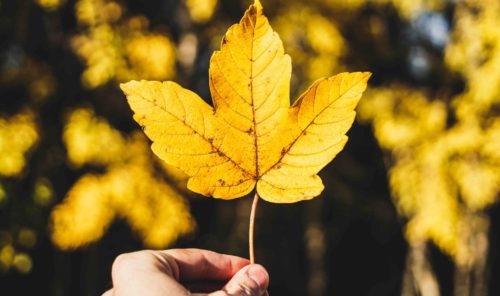