The juggling act is never easy.

But the most successful people in the world are often those who seem to be able to don several hats effortlessly. This is not to say that they don’t fail or don’t drop the ball sometimes.

Jeff Bezos, an ace ‘juggler’, has often been criticised for the slow business and seemingly restricted profits that his company, Amazon, makes. 2015 for Amazon, started off with the shocking failure of their latest and most ambitious invention, the Fire Phone.

Bezos, however, instead of giving up announced at a conference that they were going to continue working on the phone until it was ready for the market. I wouldn’t be surprised if in a few years the Fire Phone stands just as tall and proud as the iPhone.

It does after all, have the backing of one of the greatest and boldest businessmen of our times.

What does make Jeff Bezos deserving of the title ‘great and bold’? A look at his life will perhaps convince you.

The Early Years and Amazon

Brought up in Houston, Texas, Bezos graduated with a degree in Computer Engineering from Princeton University and went to work on Wall Street.

In spite of a cushy job and fairly promising career, he  decided to quit in the spring of 1994 and start “selling books online” – a concept that seemed fairly alien at the time – when he read that the web was growing at the ridiculous speed of 2300 percent per year.

After having generated his business plan on a car drive from New York to Seattle, Bezos got to work on the company that would soon go on to become one of the most successful businesses in the world.

It started off however as a small-start up with ten people, funded primarily be his parent’s life savings.

Talking about the early days of Amazon, Bezos said:

“Literally in the first 30 days we had orders from all 50 states and 45 different countries, and we were woefully unprepared from an operational point of view to handle that kind of volume … We were doing our day jobs, and then we would spend all afternoon into the wee hours of the morning packing up the orders and shipping them out.”

The One Stop Shop for Everything

It is easy to forget that Amazon is more than just a book selling business. One of the biggest companies in the world, Amazon soon expanded from its 10 man start-up, almost ten years ago, to a multi-billion dollar company that sells almost everything you could ever want or imagine.

The credit, as most people who know the inner workings of Amazon will tell you, goes primarily to Bezos. For as long as Amazon workers can remember, Bezos has always been a tough boss, almost brutal, some have said.

While he has been known to be charming, funny, and warm in public, Bezos’s temper is notorious in Amazon, with Amazon workers famously referring to it as ‘nutters’.

Anyone who falters during an interaction, tries to bluff, take false credit, display an inclination towards office politics or gossip, or simply seems to be slacking and fails to meet Bezos’s high expectations is subjected to the nutter.

Bezos’s rebukes and comments is such situation can be devastatingly harsh and even humiliating, but it only pushes his workers to be the very best in their field.

Bezos’s temper is notorious in Amazon, with Amazon workers famously referring to it as ‘nutters’

The work ethic established at Amazon by Bezos, demands hard work and sincerity. The environment at the company, as one writer said, is ‘inherently confrontational’, with Bezos constantly challenging the work of his employees until he isn’t completely satisfied.

“A company shouldn’t get addicted to being shiny, because shiny doesn’t last.”

Though the work environment is demanding, the results have been proportionately astonishing. A business that intended on only dominating market retail, now produces TV shows, provides its customers with a live-streaming service for video games called Twitch, and has roped in NASA and Netflix as its customers.

Amazon has also, over the years, been wildly inventive, with the Kindle, Prime, and AWS, shooting to success almost as soon as they were introduced.

The company relies heavily on statistics to make decisions regarding their products, but even a random comment by a single customer has often pushed Bezos to make significant changes at Amazon.

“We have so many customers who treat us so well, and we have the right kind of culture that obsesses over the customer. If there is one reason we have done better than most of our peers in the Internet space in the last six years, it is because we have focused like a laser on customer experience and that really does matter.” Jeff Bezos

Amazon today is a $140 billion company, the Everything Store, and Bezos is estimated to be one of the wealthiest people in the world. He has to his credit the Time Magazine Person of the Year recognition, and was awarded an Innovation Award for the Amazon Kindle in 2011.

The Various Hats of Jeff Bezos

We did mention in the beginning of the article that Bezos was an ace juggler. Apart from his work at Amazon, Bezos has famously invested in a newspaper, a scientific monument and a passenger spaceship.

The businessman and entrepreneur recently shocked the world by buying the Washington Post for $250 billion. When asked about what he was going to do with a newspaper, Bezos said that he didn’t yet have a plan worked out.

“This will be uncharted terrain and it will require experimentation.” 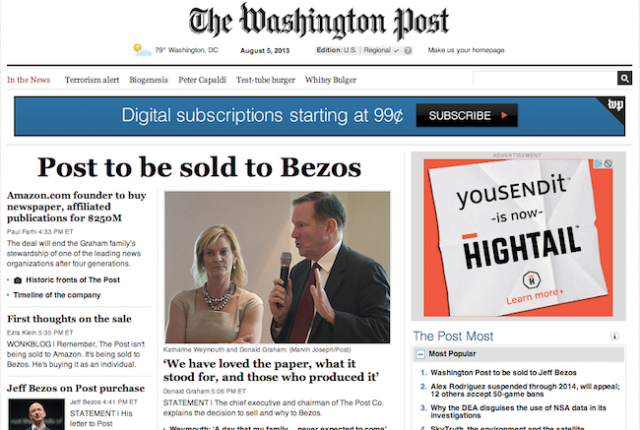 If that wasn’t shocking enough, one of his recent philanthropic ventures has got him funding the construction of a gigantic clock in the middle of a dessert, at the base of a Texan Mountain.

The clock is intended to be a scientific monument that will survive for several thousand years, and is currently estimates to cost about $47 million.

Bezos’s enthusiasm for science and its future possibilities don’t end here however. Blue Origin, a company he recently founded, will be putting passengers into space within a few years, making Bezos one of the few businessmen in the world financing the commercial space flight business. 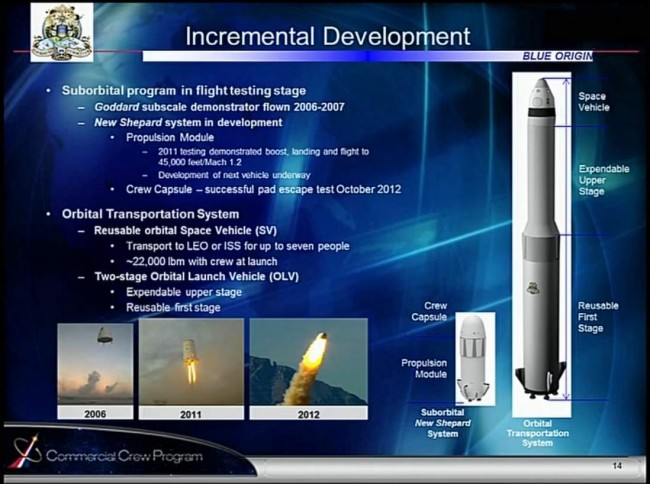 Why would someone who already has his plate pretty full venture into uncertain territories? Perhaps it’s his need to keep reinventing, himself and the world around him, rather than just being satisfied with being ‘shiny’.

In Bezos’s own words:

“What we need to do is always lean into the future; when the world changes around you and it changes against you – what used to be a tail wind is now a head wind – you have to lean into that and figure out what to do because complaining isn’t a strategy.” 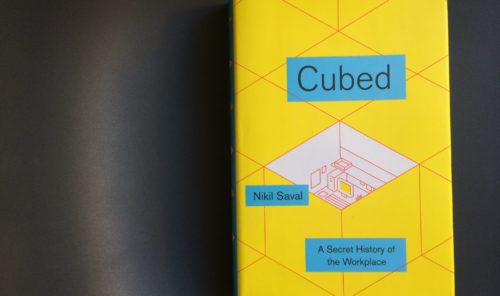 How to recognize the typical office worker

From the Pages of “Cubed: A Secret History of the Workplace” [Part 1] 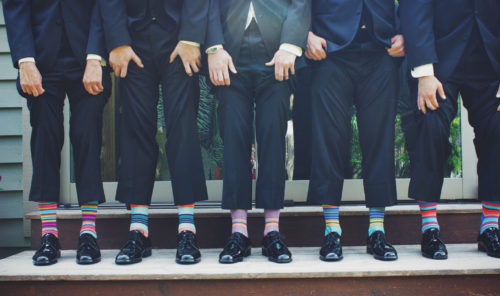 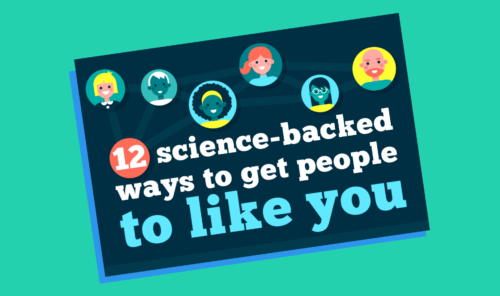 12 Science-backed Ways to be More Popular at Work

Hitting your targets, working long hours, doing more than your share when it comes to getting everyone hot drinks; these are all ways you can be more popular with your bosses and colleagues at work.