Ban On Adult Toys In The Office

Adult Toys In The Office: Let’s Stir Things Up

With the advent of New Age office environments, the lines between previously-compartmentalized facets of personal and professional life, such as work and play, brainstorm and party, and debriefing and socializing, have been significantly blurred.

Google’s philosophy of “serendipitous interaction” has launched an era of wacky and psyche-pampering workspaces that would make Jules Verne drool and beg for a seat at the futuristic table.

Now, in this atmosphere of progressive professional thought, perhaps the time is ripe to introduce more risqué philosophies into the mix. So, in keeping with this newfound forward-thinking approach, let’s take a collective leap and discuss – are adult toys an appropriate form of recreation in workspaces?

Problems With This Debate: Cultural Blocks To Adult Toys In The Office

To begin with, this question isn’t as simple or shallow as to be dealt with a singular positive or negative response – seeing as it combines elements from systems of inter-gender interaction and politics, the place of sexuality in professional ventures, social capital, productivity discourse, privacy rights, and many other long-winded intellectual debates which contribute to the creation of a stable work environment.

Furthermore, this discourse is complicated by the fact that most office environments are predominantly based on western ideations of shared spaces for collective endeavours, and so are heavily influenced by Christian religious thought – which declares pursuit of physical pleasure as sinful taboo for all realms of public and private thought.

The underlying obstacles thrown up by religious effects on culture become clearer when we recognize that public shunning of all matters sexual, in a society heavily influenced by Christianity, was one of the larger reasons why sexually dissatisfied women were labeled as “hysterical”, and sent for psychiatric treatment till the late 1800s – since the importance of sex, and the consequences of ignoring it, were considered immoral conversation in civilized society.

So, to throw the first rays of light on this matter, let’s gauge how often sexual thoughts come up in the daily routine of both genders. Well, a recent psychological study found that men think of sex about 34 times per day on average, while women do the same about 19 times in the same span. Furthermore, this is congruent with the amount of times both genders thought of eating and sleeping as well – thus implying that sexual thoughts underline a basic need like any other, rather than a peripheral desire.

Men think of sex about 34 times per day on average, while women do the same about 19 times

But, if sex forms a basic need, why isn’t it treated at the same level as the other functions which are fulfilled by companies, so that their employees can achieve higher productivity? The answer mostly lies in the predominantly religio-cultural perception of sex, which we’ve briefly discussed, and its related myths.

A corollary to this is the myth that masturbation can lead to sexual addiction. Well, it needs to be clarified that the existence of sexual addiction in itself is a hotly-contested topic among researchers of sex, and significant numbers among them believe that this theory holds no water. While there are many people who suffer from hypersensitivity of sexual organs, their troubles are firmly physiological and have nothing to do with sexual intercourse, as much as the painful and all-encompassing need for relief. As much as popular culture makes light of this issue, their pains and mental anguish are very deep and intensely real.

To the contrary, research pertaining to sex has clearly shown that sex boosts productivity, along with every single other marker which denotes a great employee. A study conducted among a sample of 40,000 people conclusively proved that people who have great and regular orgasms perform much better than those who do not, show better cognitive capabilities than their counterparts across the board, and are far more likely to work better in group settings since they’re more affable and easy-going by nature.

Moreover, their sense of sexual satisfaction makes them less vulnerable to stress, and more open to collaborative exchange of ideas, rather than blindly engaging in competitive conflict to the point of counter-productivity. It also improves self-confidence, thus making them more dynamic and actively involved in their official roles, and boosts immunity which results in lesser sick-days. Specifically in the case of women, orgasms produce DHEA which boosts memory and brain functions, among many other health and cognitive benefits.

Adult Toys In The Office: Why Are Adult Toys Better?

So, if none of these myths have any concrete proof, the next questions become – why does the current system persist? Moreover, why would this be any better than allowing co-workers to date without any oversight?

Well, let’s take a moment to discuss how office environments were constructed at the very beginning. Bi-gender professional environments, as is the norm today, were hardly ever-present. In fact, even half a century ago, many offices were strictly single-sex. Men and women worked in separate facilities, and there still exist some companies which follow this pattern of gender separation in today’s times.

Workers in single-sex environments are far happier than their alternatives

Furthermore, upon closer inspection of the atmosphere created within such workplaces, the results are somewhat shocking – workers in single-sex environments are far happier than their alternatives. But, and this part was the clincher for most organizations, bi-gender offices are roughly 41% more productive than single-sex ones. The fact that most offices today, even in countries where suing on grounds of gender discrimination isn’t as easy, are bi-gender is a clear marker that productivity trumps almost every concern or social bias. So, we need to ask ourselves the question – why is sexual discussion at office such a taboo? For an answer, we need to go back to religion and its permeating effects on culture.

Religion and culture are so deeply intertwined into the psyche of most citizens that it becomes difficult to differentiate between cultural aspects and religious aspects of the same. This is one of the larger reasons why anthropologists, when attempting to create an empirical model of culture in a society, consider four levels of behavior – overt and covert; implicit and explicit.

To showcase this point, let me give you an example. Imagine you’re in the restroom on your office floor, and you hear two co-workers having sex in the next stall, would you shrug it off or would that make you uncomfortable? Now, in the same scenario, replace the event with a single co-worker using an adult toy. Would that make you more or less uncomfortable? While your response heavily depends on the specific culture within which you were raised, I can still say with certainty – for a significant portion of people reading this, the second scenario involving the use of adult toys in the office is more uncomfortable than the first. Why? Because masturbation and self-pleasure are demonized more than sexual intercourse, even more so when practiced outside the strict confines of one’s personal space.

However, while intimate relations between co-workers is regulated for practical necessities – in order to avoid unfair treatment, coercive relations, and many other potential legal or intellectual problems arising from the dynamics of a successful or failed relationship – the regulation on use of adult toys is largely due to cultural and ethical problems based on prevalent opinion, rather than any factual issue. In fact, the discrete use of adult toys in the office would boost productivity, reduce sexual tensions, cut down on the need to have purely physical office flings, and would grant all the benefits of sex without the accompanying legal, logistical, or HR hassles – as long as people stop acting queasy about it all, like pubescent children faced with their first responsible birds and bees talk.

Yes Or No: The Verdict On Adult Toys In The Office

Now, I’m not saying that it’s morally acceptable for people to openly use adult toys in public. But, today’s organizations literally spend hundreds of millions making sure that their employees – who spend more than half their lives within those walls – have every facility they need to better perform their assigned jobs. Therefore, offices are now secondary residential domains rather than public spaces, and ones which are operated under very black-and-white rules at that.

Offices are now secondary residential domains rather than public spaces

Since offices are the epitome of forced interaction with strangers, organizations have remodeled their workspaces several times in an effort to make this process as friction-free and productive as possible. At one point in its development, it was believed that single-sex work environments are better, while at another recent point in time it was believed that open offices are the best way to go about it all.

Research has now conclusively proven both sets of beliefs to be wrong. The former increases happiness but reduces productivity, while the latter is too stressful to allow its employees to operate at optimum efficiency. So, maybe it’s time to engage another paradigm shift – allow discreet use of sex toys in office, if employees choose to do so.

However, this is still a theory – though an interesting one at that. For all of my research behind this article, and my intrigued support for this change, all discussions will be moot till an organization steps up and decides to take a risk with it. Who knows? This might be the start of another workplace revolution? But, one person’s thoughts matter little if cultural understanding of the physical need for sexual relief hasn’t advanced enough to make this debate practically feasible.

So, in the interests of learning more about contemporary prevalent attitudes towards adult toys and their place in the office, what do you think?

From the true essence of onboarding to ineffectual Exit Surveys to measuring the impact of onboarding processes, this article reveals top 7 myths that have kept onboarding and off boarding in the Dark Ages 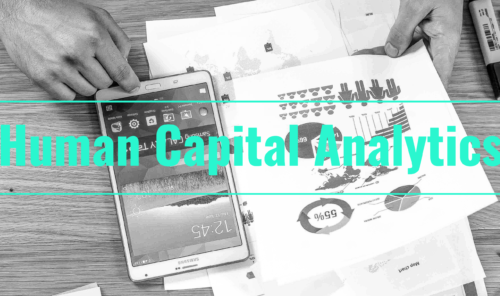 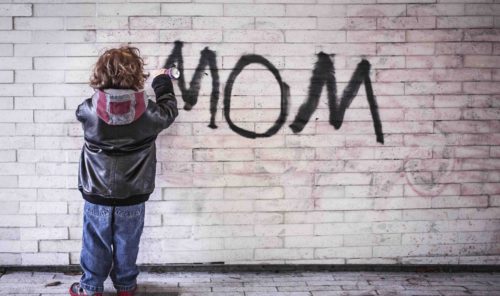 Brain Function and the First 1000 Days