Brain Function and the First 1000 Days

“When you asked me what I did in school today and I say, ‘I just played.’ Please don’t misunderstand me. For you see, I am learning as I play. I am learning to enjoy and be successful in my work. Today I am child and my work is play.”

Play is a child’s work. And over the years, scientist have found ample evidence of the importance of play and early childhood stimulation in achieving the brain’s full potential and resilience.

Also, play offers a chance to connect and bond with your child. It helps your kid learn the rules of your family and what is expected of him or her — factors that are very important for career development and personal growth.

The Foundation of Socio-Economic Success and Career Development

According to Jim Heckman, a Nobel Laureate in economics, early stimulation of brain function during childhood is crucial for social and economic success.

This will eventually lead to healthier lifestyle better jobs and greater social interaction.

Brain function, neural pathways and networks and molded during childhood and Heckman’s research shows that this will have a lasting impact on the development of the mental, emotional and social capacities of the individual. 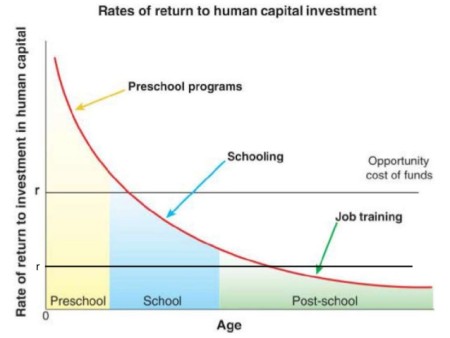 As shown in the graph above, preschool experiences and interactions with peers and adults during childhood — the first 1,000 days —  provide the highest return in human capital investment.

The returns decrease with age and are at its worst after school.

While we don’t understand brain function in its entirety, we do know that childhood mental abilities serve as a foundation for adult cognitive functions.

These abilities foreshadow high-level brain function and are used to acquire new knowledge, to solve problems and to make sound decisions — everything a manager would hope for his employees.

Although we are not created equal, studies show that these fluid abilities often correlate with each other.

For instance, Mary who has superb reasoning ability, can make quick and sound decisions based on experiences and her problem solving ability.

How old are you? At your age, do you think you can still learn a new skill as quickly as you did when you were a child? I bet not.

Brain function and development decrease with aging. And one of the biggest culprits is dementia which is commonly caused by Alzheimer’s Disease.

Do you know that there are 47 million people suffering from dementia across the globe? And experts project this number to triple by 2050!

If you know or living with someone who who has dementia, you know that the struggle is real — not only for the patient but also for you and his or her family.

Together with proper nutrition and healthy lifestyle, early brain development, enables the retention of brain functions throughout a lifespan.

How the Brain Works: The Resilient Brain

Various textbooks tell us that, on average, the human brain has 100 billion neurons connected by trillion of synapses (or neural connections).

This redundancy is critical in keeping proper brain function especially during the deleterious years of old age.

The creation of a resilient — strong and healthy — brain during the first 1,000 days has captured the interest of renowned researchers worldwide.

I listed some notable studies below:

The World Bank headed a study in Colombia where caregivers were showed how to stimulate children using play and talk.

The study revealed that the stimulation improved the children’s brain function and their ability to comprehend.

Researchers are studying the effect of storybooks on a child’s visual and cognitive brain development.

The books are given to poor households who have children with ages between 2 to 6 years old. The aim of the study is to assess the children’s readiness to attend school.

So far, the study has shown considerable improvements and positive results

4. The Effect of Early Brain Stimulation to Personal Growth and Self Development of Late Teens

This 20-year study, headed by Martha Farah, director of the Center for Neuroscience and Society at the University of Pennsylvania, shows that early brain function stimulation at the age of four plays a critical role in predicting the development of the gray matter on the outside of the brain (cortex), 15 years later.  Surprisingly, Farah also found out that parental nurturance and brain stimulation at age 8 have no effect. 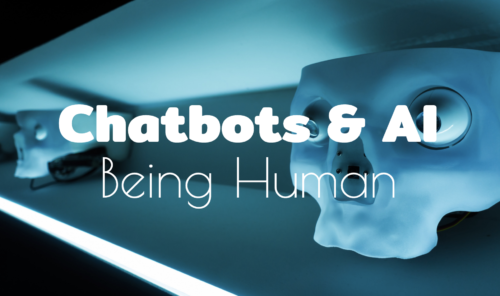