Careers that are Breaking Gender Stereotypes

The role gender plays in our career choices

Gender discrimination somehow finds itself in all spheres of our life but manifests mostly in our life choices. Career choices especially. For years, men and women have gravitated towards selective jobs for the sole fact that they were a considered women/men’s job. Gender stereotypes have shaped our lives and continue to do so.

But a gender gap is not an issue only in a few certain careers. No matter the industry, women hold fewer leadership positions. Out of the CEOs of the Fortune 500 companies, women number only 24 of them. This is no different for smaller companies and other leadership roles within them. These numbers show us that there is a real problem we need to face regarding gender in the workplace. But there is one leadership role that welcomes women more than others. That is women leaders in HR.

While stereotypes are one of the reasons these problems exist, we shouldn’t close our eyes to the lack of representation, work environment, etc. All of these contribute to the mentality that a career choice should be conditioned by your gender.

How it affects women

With it not being a norm for women to pursue a career until the past century, many career choices are considered “men jobs”. Young girls have been thought to go after careers that are more feminine that requires less time and a job that is flexible, but not all women want that.

But even when they pursue these particular careers, they are paid less than their male counterparts for doing the same job. This phenomenon has been visible in all industries, from actors and actresses to Google employees.

Sexual harassment has been another issue women have had to face when trying to enter and thrive in certain jobs. With the rise of the #MeToo movement, we have been confronted with a problem that has been silenced for so many years. At least 25% of women face sexual harassment in the workplace and fail to report it due to the fact that it is exactly their bosses who harass them.

How it affects men

Gender stereotypes have always stood in the way of workplace diversity and this way limiting human resources to many different professions. We see this best with male nurses. Since they make up less than 10% of the total number of nurses, they are often spoken down to and teased for their choice of career. Other times they are mistaken for doctors, even if they are in the company of their female colleagues.

This has not only created an alienated environment for men on a few selective careers but it has also caused for men to be looked down on when they choose an otherwise female-dominated career. Men are often ridiculed when they want to go into careers like nursing or teaching, as they are not considered masculine enough.

There has been some change

All these practices are so deeply rooted in our lives that they continue to happen even when we don’t want them to. However, lately, there have been some drastic changes in the way people see work and gender. Women especially have been turning their backs to these ideas and have been going into careers stereotypically male-dominated. Men also have rejected the ideas that teaching and nursing are female careers and have been going after what they like.

This has to do a little with the way this generation has been raised. Growing up, they have been told that they can achieve anything they want and that nothing is off limits. These people, called the generation X’ers are changing the workplace. This has been translated into their career choices, lifestyles, and the decision-making process in general. Cultural stigma is one of the factors that play a key role in people’s decision to pursue a certain career.

What kids want to be when they grow up

Although we have seen a huge improvement towards liberating men and women from this gender stigma, there is still a lot of work to be done. Identifying the root of the problem is the first step towards that. These stereotypes are imposed into children from childhood. This comes from their parents, their relatives, their teachers, and finally and most importantly lack of representation.

In one study kids were asked to identify a “really really smart” protagonist. Girls were less likely to say it was a woman than boys who said it was a man. This proves that gender bias is planted in our early years and even though we claim to have built a fair society for our kids, that is just not the case.

Fatherly conducted a survey with kids under the age of 12 about what they wanted to become when they grew up. Out of the ones that gave “doctor” as their answer, 80% were girls. Comparing that statistic with the number of female and male doctors currently in the US the difference is astonishing. Keeping in mind the fact that not everyone becomes what they want to be as a kid, the difference is still humongous. Out of all doctors in the United States, 65% are male and 35% are female.

A good way to understand the reasons men choose more “masculine” careers and women choose more “feminine” ones it to look at the way our families are built, our parents and grandparents role in the household, and the predispositions of that reoccurring. The family is the first place kids learn what means what and how to behave. It is there exactly that boys are taught to play with trucks and girls are given barbies.

We can observe how family ultimately affects our life choices by looking at the number of stay at home moms and stay at home dads. Out of all stay at home parents, men make up only 4.2%. This sends the outdated message that women are the caretakers and men are the breadwinners.

This phenomenon is a product of the unfair parental leave legislation that gives men as little as one week of parental leave. Women are given around six weeks of maternity leave (which one might argue is still not enough) but fathers are still not seen as caretakers. This also makes women gravitate towards jobs that are more flexible and allow them to raise their kids.

Every now and then we encounter some individuals who do not care about gender stereotypes and have chosen to fight them by simply doing what they want.

With the reduction of jobs in industries traditionally considered “masculine” men have had to opt for different more stable industries. Men who have previously worked in manufacturing are now finding themselves looking for jobs in healthcare, teaching, and many other industries that are considered “feminine”. Tom Jones is one of them. When the company he was working on as a quality technician of steel started to lay off worker he saw it was the time for him to pursue another career. That’s when he went back to school to learn the job of a surgical technician, a title usually held by women.

Caroline Lake, a 41-year-old woman from the UK is a mechanic. She always had a fascination with cars and wanted to build a career in this field. She says she always felt like an outsider but that didn’t stop her from doing what she loves. Regardless the sexist comments and mocking did to her, she plans on not stopping and encouraging more young women to go into mechanics.

But beneath all of this discrimination and stigma, real change is being made. Looking at data and reports about the number of men and women in certain jobs, we see a slight shift of interests and involvement from men and women. Men have started to take on traditionally female-dominated jobs regardless of the stigma around it. Women are also showing interest in male-dominated jobs.

Below are the career choices that have seen the most changes.

This puts nursing in the female-dominated careers category. Still, in general, male nurses earn more than female nurses. A female nurse earns 91 cents for every dollar a man earns.  This has to with the fact that men in nursing usually gravitate towards higher paying nursing jobs, like anesthetists, but it has also to do with the general issues that women face in the workplace.

Engineering is a male dominated career choice. A Scientista Foundation study shows that only 11% of the engineering workforce is female. But why is it so? The study explores three used reasons on why there are not many women engineers, fear of confirming negative prejudices, lack of confidence, and lack of role models. All of these seem to be factors in some ways, but there is another concerning one.  52% of female STEM workers are leaving their jobs due to the macho workplace issues.

The web developing world is another one that is largely dominated by men but has been seeing some changes. Currently, 62% of developers are male, but this number used to be even bigger back in the days.

There have been a lot of small initiatives towards pushing young girls to pursue a career in coding, the effects of which we have started to see in the past years. Keeping in mind that the first programmer is considered to be a woman (Ada Lovelace) we would think that this profession would be female-dominated. But the reality says otherwise.

Teaching has been for so long considered a women’s profession. According to a recent study, men make up just 2.3% of kindergarten teachers, 18.3% of the elementary and middle school teacher population, and 42% of the high school level teaching staff. Although we have seen an improvement in recent years, this profession seems to still be considered a women’s one. That is due to the lack of encouragement that has been done to boys to go after female-dominated jobs and the stigma around the idea.

Can we do more?

These issues have been fought by many different movements and angles, but it seems like there is still so much to be done. While men and women are still being judged based on the career choices they make, there is still a problem. This is something that will have to start from childhood and the way people raise kids, all the way to their treatment when they apply for a job. Recruiting teams can do so much. How we can not make change without working together. Considering the HR trends we expect to have in 2019, companies that will not be all gender inclusive will be left behind and not be desired to work on by talented individuals.

So gender inclusivity in the workplace benefits all.

Ujebardha Bekolli is a writer for SAHMjobs. SAHMjobs is a job portal designed to bring together stay at home moms and recruiters. The platform also brings helpful articles in the Blog section regarding mothers who want to return to the workforce.

There is a subtle difference between a good and great HR management software. Know how we deliver nothing but “Great” by starting your 14-day free trial at CakeHR! 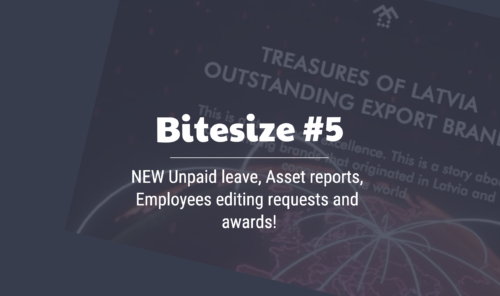 Incase you missed out on the updates during October, here is a quick run-down with all the latest 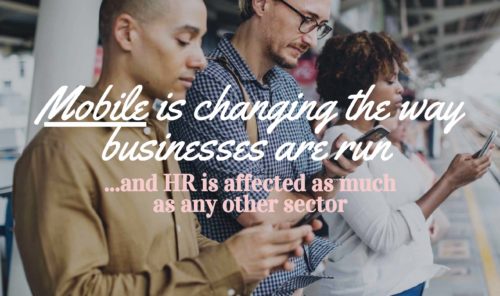 Rethinking Learning and Development in the Age of Mobile

Mobile is changing the way businesses are run and HR is affected as much as any other sector, if not more so. This article looks at what does the future of learning and development look like in our mobile age while showcasing how m-learning can benefit your company and L&D strategy. 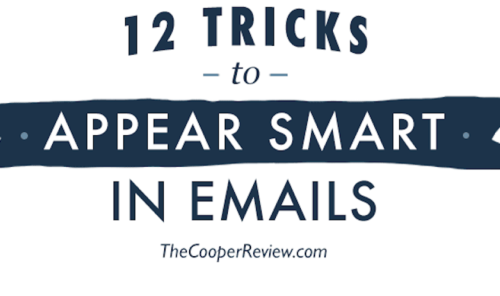