Getting Fired in 9 Strange and Ridiculous Ways

Do you want to try them?

How am I going to put food on the table?

Who’s going to pay the bills?

If you think your future is already secure in your daytime job, think again. Getting fired is horrible. And usually, it happens if you are a lousy employee, the company is shutting down some branches, or if you committed a serious violation.

But do you know that there are people who lost their jobs because of ridiculous and unimaginable reasons?

Here are 9 strange ways on how to get fired. And I dare you not to try them!

Devin McClean used to work in AutoZone in York County, Virginia. One day, a serial thief known as “fake beard bandit”, who has robbed more than 30 stores in the area, entered his shop with a gun in hand, declaring a robbery.

Instead of waiting for the cops, McClean matters into. He darted out of the shop, rushed to his car, grabbed his gun, and confronted the “Fake Beard bandit”.

The locals hailed Devin as a hero after the incident. But his bosses were not happy about it. Two days later, he was fired. Is it because of Devin getting too much publicity?

Not really. According to AutoZone, while Devin’s actions were commendable, the company had a zero tolerance policy for employees who brought guns into the store.

The photo of a receipt went viral on the Internet after a waitress posted it on Reddit. The receipt had a note written by an alleged pastor who refused to pay the 18% suggested tip.

Chelsea, the waitress, thought the note was funny so she posted it online. It turned out that what she did was wrong.

The pastor apparently forgot the commandment to “love thy neighbour.” He called Applebee’s, the restaurant where Chelsea worked, and demanded that she should be kicked out for violating his privacy.

Obedient to the Lord’s servant, the management fired Chelsea right away.

3. I Just Saved a Drowning Man

Our next contender is or should I say was a lifeguard at Hallandale Beach, Florida. Tomas Lopez got fired after saving a drowning man.

Why? Because, according to the big guys at Jeff Ellis and Associates, Lopez had broken a strict company policy and had put in danger the lives of beachgoers in his section.

Getting fired after doing such a heroic thing sucks huh? As it turned out, after hearing the unfortunate news, two life guards quit their posts in protest.

4. Getting Fired for Feeding a Needy Student

Dianne Brame had been working as a cafeteria manager at Hudson Elementary School in Webster Groves, Missouri.

She got fired from her job after her supervisor learned that she had been regularly feeding a fourth-grader in need.

The boy, whose government-subsidized free lunch privilege had expired due to language barriers, regularly walked through the line without any money for his meal.

Fearing that other kids would ridicule and humiliate him, Brame decided to let the student pick up a regular lunch without charging him.

“I don’t think kids should be hungry,” she said. Despite her generosity, Brame was fired by her boss.

After getting fired, Brame gained a lot of support from parents and co-workers. The school, on the other hand, suffered severely from negative press.

To appease the angry public, Brame was reinstated to her post. Thank goodness!

5. My Son Has Cancer

Another sad story here. Rachel Walsh was a former employee of Barclays, a British Bank in New York.

She was fired by her boss after her 7-week old son was diagnosed with retinoblastoma, a cancer in the retina of the eye.

Barclays granted Walsh an unpaid leave of absence for 1 year with her medical insurance still intact.

Barclays allegedly promised the 32-year old mother that the company would place her elsewhere if her current job became unavailable by the time of her return.

By September 2012, Walsh contacted the company and asked if she could come back to work on a flexi-time basis, indicating that she was willing to work part-time or full-time on any job.

However the company called back and said there was no position available for her. Her boss had fired her because she was worried that the hospital trips would interfere with Walsh’s work.

And you know what’s worse? This move caused her to lose her health insurance too! Ouch!

Wondering how to get someone fired? Make him or her flip the middle finger in a plane full of passengers, post the picture on Facebook and watch it go viral!

Like most airlines, Russia’s Aeroflot is very strict about their image. Kozlenko’s action could damage the airline’s reputation.

The air hostess, knowing the gravity of her mistakes, pleaded guilty and left the company.

Fortunately, Aeroflot was kind enough to rehire her after a 6-month probationary period.

Two nurses from Lake Geneva, Wisconsin were fired after posting a picture of their patient’s rectal x-ray on Facebook.

Allegedly, the man had a sex device stuck in his rectum — no wonder it piqued the ladies’ interest!

The hospital fired the two nurses for violating patient privacy.

8. Boogers on a Pizza

Our next contenders for getting fired out of plain stupidity are Michael Setzer and Kristy Hammonds, who were both working at Dominos.

The duo filmed themselves doing the unimaginable — sneezing on sandwiches, and cleaning a pizza pan with a sponge that one of them, used to clean their bare butt just seconds before.

So how did the management know about it? Kudos YouTube! And to the millions of viewers who made it viral!

In addition to losing their jobs, the two infamous workers are now facing criminal charges for tampering with food.

9. Think before You Act

Getting fired from your job only takes a few sentences of nonsense. Let’s take for example Niklaus Leuenberger who was once the managing director of The Palace, one of the most luxurious and exclusive hotels in New York.

It was February 25th. Niklaus had spotted an employee with a smudge on his forehead.

Instead of figuring out what it was, the director immediately went ballistic, yelling “Wipe that f*****g s**t off your face!”

Poor manager, he did not realize that the “something” on his employee’s forehead was ash. Apparently, his bell captain was a devout Catholic and it was Ash Wednesday. 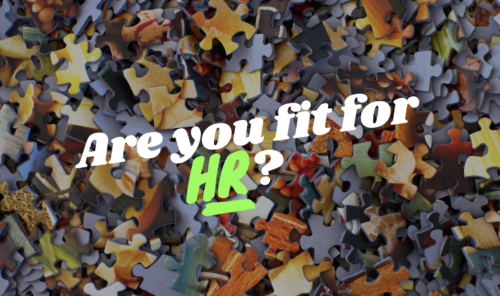 Is HR the Right Career for Me?

Is Human Resources for me? Here are eight questions to ask yourself to know if you’re fit for HR. 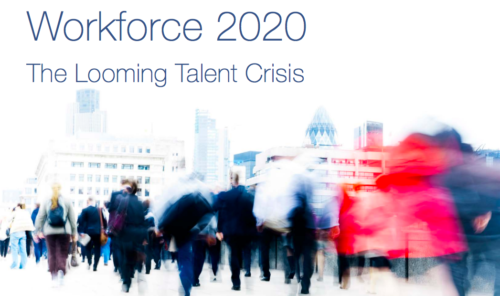 The Workforce Crisis of the 21st Century

Are you ready for the future? 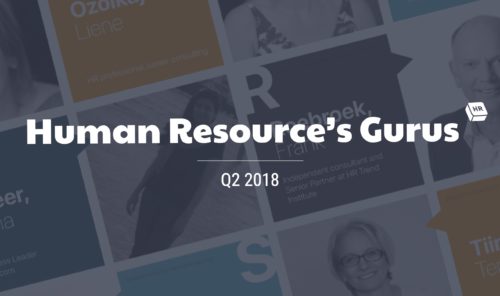 Q2 2018 crept up on us fast and there’s a lot to keep up with in the world of HR. So we’re back again to take a look at which HR Gurus we believe you should follow for a competitive advantage!