Are You Ready to Adopt Holacracy in Your Business?

Are You Ready to Adopt Holacracy in Your Business?

Are you familiar with holacracy? You’ve probably heard about it from a colleague or maybe read about it in the Internet. Holacracy is a system of governance where authority and decision-making are placed on the shoulders of self-organizing teams instead of managers and “bosses”.

Honestly, this system is not everyone’s cup of tea. And many organizations are not yet familiar about its concepts. In this post, we will be talking about the basics of holacracy, some of its common misconceptions and its competencies.

Self-organization: The Trend of the 21st Century

Many big organizations nowadays are going for self-organization. Why? According to research, self-managing structures are more adaptive, agile, efficient, motivating and productive compared to rigid pyramid-style leadership.

a generation of workers who grew up understanding that influence is not based solely on position but on contribution and reputation as well.  Contrary to what most people believe, holacracy does not dismiss the need of managers and bosses (though their roles will be significantly “water downed”). Instead, it encourages collaboration and interdependence as you will see later in this post.

Holacracy is not a new system. It’s actually an old order that existed in nature since the beginning of time. It’s a strong driving force that puts the seemingly chaotic world of insects, plants and animals into one perfect sphere.

Look at the trees for example. Can you see a “chain of command” telling each seed where, how and when to grow? How about the insects? The fishes? The birds? Nothing. Each element performs their roles to the best of their abilities while depending on others for things they can’t handle —- all continuously contributing for the benefit of the whole.

That’s what self-management is all about.

As I mentioned earlier, self-organization is plagued by many misconceptions. In this section, we’ll talk about some of them in an effort to clarify doubts and to shed more light on the topic.

Many leaders believe that self-management is still experimental. This is not true. Self-organization is not a new system that’s prone to “bugs” and problems. Consider the examples below:

If self-management’s on beta, why do these organizations continue to thrive today?

Nah, Its Nothing but Empowerment

Is it? In self-management, empowerment is not based on the mercy and good graces of the leader. Instead, it is weaved into the very fabric of the system — from its structure and processes to its practices.

Every member of the group has his or her own power. And with it comes accountability too! Those who made mistakes can no longer blame nor resent. It’s not just all about enlightened leadership. Why? Because everyone is powerful and no one is powerless.

So that Means Everyone is Equal?

Unfortunately, no. But don’t get me wrong here. In the concept of self-management, interdependence does not and will not resolve the issue of power inequality. Instead, it transcends it!

Instead of worrying about how you can foster power equality in your organization, think about this: How can I make each member of my team powerful? Remember, holacracy is founded on interconnectedness. Frederic Laloux describes it perfectly this way:

“The metaphor of nature as a complex, self-organizing system can much better accommodate this paradox. In an ecosystem, interconnected organisms thrive without one holding power over another.

A fern or a mushroom can express its full selfhood without ever reaching out as far into the sky as the tree next to which it grows.

Through a complex collaboration involving exchanges of nutrients, moisture, and shade, the mushroom, fern, and tree don’t compete but cooperate to grow into the biggest and healthiest version of themselves.”

The bottom line is: don’t bother to make everyone equal. Instead, allow each member of the organization to grow into the strongest version of themselves by constantly giving them the opportunities to use and develop their skills and talents.

With Everyone Acting Interdependently, There is no Need for Management and Leadership.

Not really. There’s more to holacracy than that. Although interconnections, interdependence, collaboration and continuous evolution are the hallmarks of self-management, dynamic structures are still needed. I emphasized dynamic because structures don’t need to be rigid.

They should be able to appear and disappear based on the needs of an organization. Like other types of management systems, the basics such as planning, evaluating and controlling still exist in holacracy. The only difference is that these tasks are no longer handled by dedicated management roles.

Competencies of Self Organization

Are you ready to adapt holacracy in your business? Before you do, make sure that you and each member of your organization possess these competencies. These attributes are not just important, they are critical.

1. Common Sense and Initiative. Are your colleagues willing to speak up when necessary? Or do they wait for your go signal before doing anything on their own. Employees who are willing to take initiative and act are catalysts for positive change.

2. No Gap in Power. As mentioned in the previous sections, it’s hard to foster power equality. There will always be one or two who will stand out and will be perceived as “powerful” even in interdependent environments. You know what great about this? Power or should I say, credibility in self-managed organizations does not come from command or rank but rather from trust, experience and communication. Ideal self-managers are those who know how to “connect” with each member of the team regardless of status or position.

3. Tolerance for Chaos. Self-managed organizations can be very chaotic (at least at first) as each members picks up a new role to play. Well, holacracy is not as simple as giving your boss a call and throwing everything (problems, requests, etc.) at his feet.

4. Consciousness. As Dourg Kirkpatrick puts it, “Consciousness gives rise to awareness and presence, and is the source of confidence in one’s ability to get things done—even in the face of adversity.” Working in an interdependent environment requires a lot of energy to consistently and effectively fulfill one’s role.

5. A Desire to Contribute. There’s no room for selfish individuals in self-managed enterprises. Every member of the organization should be willing to freely contribute whatever relevant information he or she has.

Zappos: We Are Becoming a Teal Organization

Zappos’ CEO Tony Hsieh is now steering his company towards self-organization. In a recent memo he sent out to his employees, he issued an ultimatum to adopt holacracy or leave. For the past decades, Zappos has one foot on both ends of the line (hierarchal management and self-organization.

But now, Tony is ready to make a stand.  In his memo, he stressed out the importance of his “rip the band aid” approach, using holacracy as the foundation of the company’s quest to self-management and self-organization.

There you have it! I hope this post was able to help you understand the basics of self-management, clear up any doubts and assess whether you are ready to adapt holacracy in your business or not.

How to Sell HR Software Right: 8 Top Mistakes That Undermine the Value of Your Solution & Stretch Your Purchase Cycle

From harping on about compliance to overlooking employee needs to leaving the deal to luck, this piece covers the good, the bad and the ugly of HR software selling. 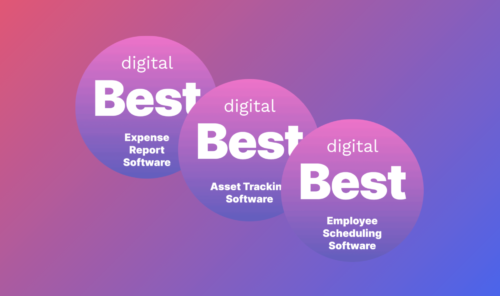 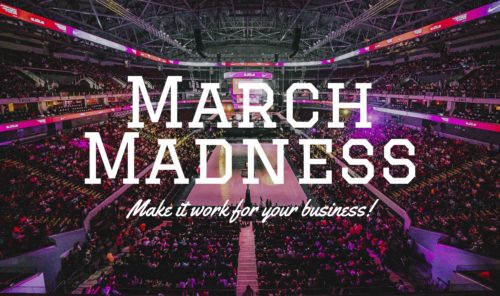