How Generation X’ers are Changing the Workplace

Millennials, move aside. Generation X deserve more credit for the impact they’ve made in the workplace.

But that’s about to change.

It’s the Generation X, not Millennials or Boomers, who are changing the way we work or create products. Don’t believe me? Go through the list below and see if any of the names or brands sound familiar.

Some of the Most Influential Generation X’ers

One of the highest paid women in the world. Born in 1968, Laura is the famous CEO of Williams-Sonoma, a retail company specialising in kitchenware and home furnishings.

Shark Tank investor Daymond John was born in 1969. He made his fortune by founding FUBU, a famous clothing brand.

Born in 1965, Michael Dell is the founder of Dell Technologies, one of the world’s largest computer and tech manufacturers. I bet one of you is reading this article on a Dell laptop, desktop, or monitor!

Any gamers out there? If not for this Generation X’er who was born in 1974,  we won’t be enjoying famous Electronic Arts titles such as The Sims, Battlefield, Need for Speed, and of course, Plants vs. Zombies.

The nap pods, open spaces, free meals, colourful workplaces, playgrounds, and lavish gardens that Millennials would die to work in and Baby Boomers covet are the makings of Generation X’ers. They are the architects of the productive offices of the 21st century.

We’ve seen these design trends first in Googleplex before it became mainstream. And guess what? Google founders, Sergey Brin and Larry Page, are members of Generation X. They were both born in 1973 and like most of their generation, were labelled as slackers — people who live in basements or garages because they couldn’t find jobs. Thanks to that garage, Google was born.

Surprised? Yes, Elon Musk, the person behind innovative and out of this world (literally) companies is a proud member of Generation X. Elon Musk was born in  1971 and has made himself a household name — thanks to Paypal, Tesla, and of course SpaceX.

A proof that he’s a proud Generation X’er is the name of SpaceX’s rockets. The Falcon rockets are named in honour of Star Wars’ Millennium Falcon — the spaceship that every Generation X’ers want to fly. The Dragon Capsule, on the other hand, is named after Puff, the Magic Dragon, a song popularized by Peter, Paul and Mary in 1963.

Gen Xers are bookended by two much larger generations – the Baby Boomers ahead and the Millennials behind – that are strikingly different from one another.

Interest in space died down after the first moon landing and it has remained that way until  Elon Musk showed the world that it can be exciting again.

Now let me ask you. If you’re a Millennial aerospace engineer, where will you go to work? To NASA? Boring! There are a lot of reasons why most Millennials prefer to work for Musk.

How Generation X is Shaping the Workplace Culture

Generation X’ers bring a culture of work ethic, quality, and reciprocal relationships in the workplace. They can work with Millennials and serve as mentors in helping them learn crucial people skills like relationship building, adaptability, communication styles, employee motivation, empathy, group dynamics as well as various management and leadership styles.

Generation X can increase the chances of younger Millennials to be successful in their role as future managers and leaders. Success in the workplace is not defined by intelligence alone. There are several forces at play including influence, emotional intelligence, and relationships — something that Generation X’ers have applied for years.

How Generation X can work with Millennials

Generation X’ers are now in the middle of their careers. And then they will eventually retire — passing on the reins (and the future) of the business to Millennials. Generation X and Millennials share many things already including the ability to adopt technology and high emphasis on work-life balance.

Below are some of the things a Generation X’er can do to shape up the future of the workplace.

How to retain your Generation X Talent

The Boomers are about to retire and in a few years, Generation X will be dominating the workforce. Most of Gen X’ers are now in mid-level positions and many will soon rise to C-suite.

Knowing the characteristics of Generation X in the workplace is important. This will help you understand what drives them, what perks they desire, and what helps them succeed. Here are some of them:

1# Don’t be a nagging leader

Generation X’ers are known for their organisational skills. They know how to pace themselves and get work done in a timely manner. Leaders who nag for constant updates may end up harbouring resentments from his Gen X workers. Of course, there are some activities that need constant monitoring and they’re an exception to this rule.

Generation X’ers are independent and autonomous. They have learned to work at an early age while their parents are away at work — enabling them to develop a sense of independence and strong work ethics which are evident up to these days.

They can be as workaholic as they want to be but their bosses should know their limit on how they treat them. Efforts that are not compensated are problematic and need legal assistance if it happens that the issues are not addressed properly. This is why all workers are protected by employment law to ensure that no one can get away from any forms of unjust treatment in the workplace.

2# Give them a challenge

Generation X’ers are adaptable. It’s what makes them thrive even in a very technology-dependent workplace. And they love challenges too! Their strong work ethics enables them to work well in challenging situations. They can start a project from scratch and see it through to completion.

Working flexible hours is not just a Millennial thing. It’s a lifestyle that Generation X’ers and Baby Boomers yearn for as they learn the value and importance of work-life balance. Remember, Gen X’ers grew up seeing their parents putting in long hours of stressful work just to climb up that corporate ladder. Flex options can include working from home in certain days.

4# Treat them as entrepreneurs

Generation X’ers have an unquenchable business-minded spirit. As a matter of fact, 41% of Gen X’ers label themselves as entrepreneurs and many are already transitioning from employees to business owners.

Entrepreneurs have a unique skill set that you can leverage for your business — this ranges from project management to campaign creations. Learn how to use these to your advantage and give your Generation X workers the opportunity and the environment to show off these skills.

Feedbacks are important to Generation X’ers because they value professional development and growth — traits they learned from their hardworking Baby Boomer parents. Gen X’ers want to cultivate a healthy relationship with their supervisors so dish out those quarterly reports and give feedback whenever its due.

Like their Millennial counterparts, Generation X’ers are more likely to leave a company when they don’t see any room for growth. The oldest Gen X’ers will still be in the workplace for at least a decade while the younger members of the generation are expected to work for over 30 years. This means that they will be playing critical roles in your business for quite some time.

Now is the time focus on Generation X and stop treating them as neglected workers. Why? Because they bring so much to the table.

To sum up, here are the key takeaways from this article: 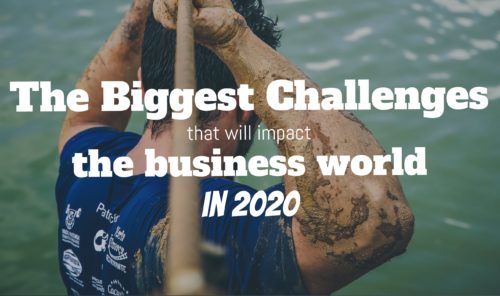 7 Biggest Business Challenges that Enterprises Will Face in 2020, According to Top CEOs 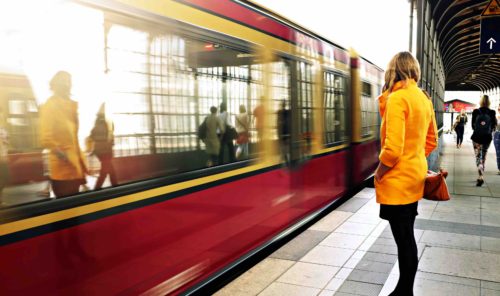 Is Basic Income answer to Poverty and Unemployment Woes?

Exploring the implications of Universal Basic Income in struggling economy

Staff Leave Without Pay – The dark horse of Employee Benefits