The Outrageous Secret Behind Those High HR Software Price Tags

If you think time off and attendance management apps like CakeHR are expensive, you need to read this...

The old saying goes “If you have to ask, you can’t afford it.”

That’s very much the case with the kind of HR management apps developed by CakeHR.

From time to time, a particular meme makes the rounds on Facebook. It’s a simple quote by former Harvard president Derek Bok: “If you think education’s expensive, try ignorance.”

As the President of Harvard, he certainly knew what he was talking about. Tuition and fees for a year at Harvard currently run about $57,407 (US) annually.

In practical terms, 47 percent of the university’s students receive some form of financial aid – which means that more than half of Harvard students pay full freight — that is, over the course of a 4-year undergraduate career, they’ll spend about $230,000 to get an education.

These students generally come from families who understand that you’ve got to spend money to make money.

We’re all familiar with the concepts underlying Mr. Bok’s statement.

A college education today seems costly until you compare the benefits of attending college with the consequences of not attending.

It’s not only the cost of education that follows this rule of thumb. Think of the various costs associated with running a business.

If you’ve read any of my previous posts, you know that I was assigned the job of maintaining the organization’s book of time-off entitlement early in my history, and could never shed it – I felt it hanging from my neck like an albatross, even when I changed departments.

Hell, even when I changed employers!

Of course, this was ages and ages ago, so when I say “vacation book,” I’m talking about an actual book – a 3-ring binder in which I maintained the time-off entitlements of each of the 100+ people who worked in our headquarters building in New York City.

I kept it updated on a weekly basis, as soon as I got attendance reports from the individual departments, I’d transfer the appropriate information to the the book, noting any time taken off by individual employees, including vacation time, personal days, and sick time.

We had a couple of people who worked part-time, and so I made notes on their pages because their time-off entitlement was pro-rated.

Office productivity software came onto the market sometime in the 80s.

Because we weren’t networked (not many outfits were), we tried a few different office productivity products, including WordPerfect, Symphony, and later on, Word. I built an HR module in something called dBase III+ – a very popular database program at the time.

It was a fairly extensive undertaking, because you pretty much had to write each line of code, as well as set up an awful lot of individual data files.

My module was written in a style we called “down and dirty” – there were no fancy graphics, just data entry screens with brief, sometimes cryptic descriptions of the individual fields.

I was pretty much the only one who could work with it because I’d written it and understood it.

And it went through an awful lot of tweaking.

I probably spent the better part of four or five months putting it all together, at least a couple of hours each day. Maybe longer – it was quite a while ago.

Office productivity software came onto the market sometime in the 80s.

The basic HR part of the module was pretty good and stable, but the time-off part was awfully hard to write because of all the different rules.

You know – one rule for people who earned 3 weeks of vacation annually, others for those who earned 4 or 5.

I finally gave up on the attendance tracking and management element of my app – it was taking up too much of my time just to write it, and it seemed as if every time I wrote a report, I’d find a few more details that had to be ironed out.

I’m kind of ashamed to report that I went back to maintaining the time-off records in the vacation book.

So What Did HR Software Cost?

I never sat down and calculated the exact amount of time I put into developing the time-off portion of my HR app or HR software, but it was a lot, and would have translated into many thousands of dollars in terms of compensation.

Ongoing operation might not have been that costly a task – an hour or two a week of data entry and report writing.

Of course, modern HR departments, I think, are unlikely to set themselves to develop their own workforce management apps themselves, perhaps using Access or some other contemporary database management program.

There’s just no need – there are plenty of apps out there that can be purchased for less than what it would cost to create one virtually from scratch, even though Access doesn’t require you to write actual code.

But a smaller enterprise — one with just a dozen or two employees, especially, and perhaps still struggling financially — might not see the justification in paying for a comprehensive HR package, or even just an attendance tracking module.

These firms, especially if they’re in the software business, might decide to maintain their own records in the modern-day equivalent of my vacation book – the Excel spreadsheet.

It’s Always Cheaper to Do It Yourself, Right?

Think again. Try managing your staff’s attendance and time-off entitlements with Excel and you’ll understand the meaning of the word “nightmare.”

On top of that, the costs of doing it yourself vastly outstrip the costs offered by Cake HR. Think of it – first, there’s the time associated with setting up such a spreadsheet.

Ideally, you’d have an HR person who’s sufficiently proficient at Excel to be able to put together a serviceable spreadsheet on a couple of hours.

If your HR people aren’t adept with spreadsheets, though, it’s going to be a more complex undertaking, involving the HR people talking with IT and the production of several draft attempts before a working model is created.

Sooner or later, though, you’re going to get your spreadsheet or database app set up and running and ready for data entry.

While you might think at this point that the major time-suck is behind you, in some ways it’s only beginning.

Someone’s going to have to learn how to make all the necessary entries, making sure vacation time is recorded separately from sick time, and both are differentiated from personal time off and unpaid leave.

That person’s also going to need to know how to add new people and drop people from the database, and deal with any of the special situations that often comes up.

For example, I hired a telecommunications technician once who needed four weeks’ vacation per year, but our new hires only earned two weeks of paid vacation annually.

That was fine with her, but she still needed the four weeks, and was willing to take two of them as unpaid leave.

I had to make a special notation in the book to account for that. In and of itself, no big deal – but get a few dozen people together in a single workplace and there may be a few people who bring special circumstances with them, which are easier for you to accommodate because you need the people’s skills and talents.

You may need access to the raw data, or you may have regular reports prepared and distributed to department heads or other decision-makers.

It’s up to you, but even the simplest of reports needs to be set up, and when the reports are actually made, they need to be reviewed – again, perhaps not a big deal on its own, but these things add up.

Let’s say it would take half an hour per week to have a dedicated person taking care of a spreadsheet or homemade database maintaining all this information.

The more people you’re keeping track of, and the more departments you have, each reporting separately, the longer it’ll take.

But if we go with half an hour a week, that’s 26 hours a year. The cost of that, including fringes, has got to be far more than what Cake HR costs.

Oh, wait. I forgot about the queries. That’s where the time really starts to add up

Oh, wait. I forgot about the queries. That’s where the time really starts to add up. If you’ve read other posts of mine on the topic, you know that the real time suck isn’t entering the data, it’s dealing with people.

See, when you go with a spreadsheet or other self-engineered system, your other staff can’t easily see it, and so they’re going to be asking about it on a regular basis – How much vacation time have I got coming? Can I take off next Wednesday? What if I’m sick? Wait a minute – you have me marked down for a holiday on July 4 – I was here at work, I swear it! What? Oh, the office was closed for the national holiday? …

Charitably speaking, dealing with employee and manager inquiries will take at least as long as the data entry and maintenance, and, I’m afraid, much long in some weeks.

But let’s keep the estimates conservative and say that the employee will devote half an hour every week and another half-hour to answering questions and otherwise dealing with managers and staff who have questions about time off.

Here in the US, the median weekly pay for an entry level benefits clerk is just under $800 weekly, or $20 per hour; the bottom tenth percentile is just over $600 per week, or $15 per hour.

If your payscale is competitive, you’ll be paying your benefits clerk about $1,040 annually to handle your home-made HR package, and if your payscale trends toward the lower end, you’ll still be paying nearly $800 per year about $900.

Add to that the cost of fringe benefits, which generally run about 30 percent or so . . . get my drift?

I guess this is my day for dredging up old sayings. Here’s another one: “If you want something done right, you’ve got to do it yourself.”

That may have been true of all things at one time, and it may still be true of some things today, but don’t think, when it comes to the efficient operation of your business, that you can reinvent the wheel.

The companies that put together the HR programs — like Cake HR — gathered together HR experts and software gurus to create applications that would meet the needs of the most exacting of clients, at a fraction of what it would cost those clients to develop their own programs from scratch.

Those companies exist — and produce applications to facilitate your routine administrative tasks — so that you can devote your attention to the things that your business is all about, whether it’s manufacturing widgets or building the factories where widgets are made.

The outrageous secret behind those supposedly high-priced HR programs is that they’re a real bargain! 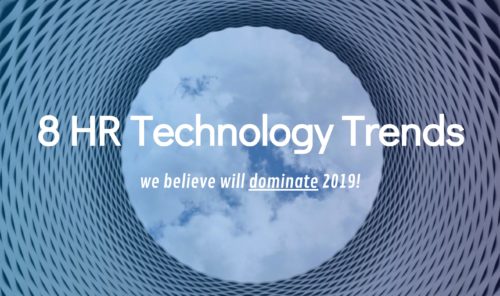 During this exciting time of digital transformation, innovative HR solutions are set to take centre stage next year. Here, we take a look at 8 HR technology trends we believe will dominate 2019. 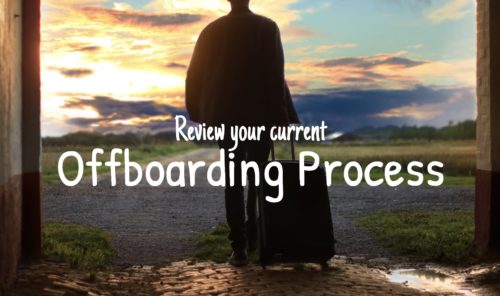 By having an effective offboarding process, your greatest employer brand champions can be found in your former employees. 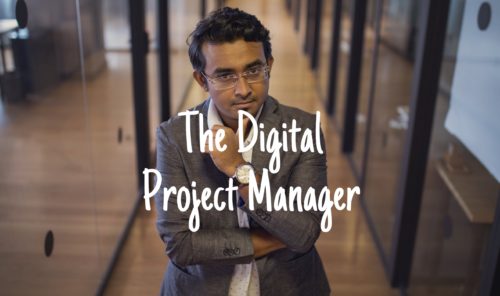 Are You Hiring Project Manager For Your Digital Team?

The importance of the project manager in a digital marketing team