Yet Another “New Mantra Of Success”?

Lazy Productivity: What is it Even Mean?

Know what’s the great part about business in this enlightened age of epilepsy-inducing technological permeation?

Every self-made entrepreneur seems to think of himself or herself as the new-found guru of marketing – more eloquent than Wordsworth and Shakespeare’s illegitimate love-child, and duty-bound by their ego to share secret mantras on their ever-present blogs with us young chicklings.

Every Tom, Jane and Steve dutifully churning out mouthful mantras result in about five hundred “revolutionary” ones per year. And a particularly favored one amongst the dizzying cacophony of success-ideation revolutions seems to be the idea of lazy productivity, or smart work over hard work. So, let’s take a moment, dive derrière-deep into this topic, and discuss – is lazy productivity better than elbow-grease and spit-shine?

Before we begin though, I need to clarify one point – this article isn’t about that girl on your team who spends her entire time texting in the break room and whose job is secure because her uncle is the company Chairman’s husband. And it’s certainly not about that new intern who spends all day chatting up his boyfriend, while his workload is handed over to other shmucks. It’s about those employees who socialize into the wee hours of the night, and yet have a dozen awesome reports and new plans of action ready before you’ve had time to croak “Coffee” in the early hours of next morning.

Why Is Lazy Productivity The New MacGyver Of Business Mantras?

Well, first of all, there is no singular all-encompassing idea which sums up lazy productivity to begin with. It’s sort of like religion in a way – a million different mentors and a billion different ways of going about it, all classed under a single umbrella term. Some practice it silently within their own personal space, while others bang cymbals, orchestrate convoluted rituals with pomp and show, and build monuments to the greatness of it all.

But, the biggest advantage which lazy people bring into the mix is complete capitalization of the 80/20 rule, or the Pareto principle. For those of you who aren’t all-knowingly smirking at the term like a toad faced with dinner, this law was suggested by Joseph M. Juran and named after Italian economist Vilfredo Pareto – who showed that 80% of the land in Italy in 1896 was the property of 20% of the population, after observing that 80% of peas in his garden were contained within 20% of the pods.

Yeah, pods and peas – what do you have to show for yourselves, millennials? Either way, when applied to business, this principle asserts that 80% of one’s revenue comes from 20% of the work done – with the rest of it being “busy” work, or low-impact jobs.

So, while most of you were busy running yourselves ragged and taking on more projects than a worker bee on meth, the lazy kids were busy categorizing and classifying the impact of each direction of effort – concentrating only on the high-impact jobs, and barely scraping through the low-impact ones. Since they innately hated extra work more than the Joker hates subtlety, these kids developed an extra sense for gauging the least amount of input required to generate the maximum profitable output. And that, in a nutshell, is lazy productivity.

Why Is Lazy Productivity Better In Business?

Now, although the Pareto principle plays one part in the advantages of lazy productivity, it’s not the only reason why smart workers usually succeed over hard workers. Unlike hard workers, these people are far less geared towards a mentality of “I’m capable of juggling more jobs than Superman with elephants.”

Therefore, when assessing future opportunities, smart workers are more capable of turning down low-impact work in favor of focusing deeper on high-impact ones. Right off the bat, by constantly hunting for more of the 20%, they exponentially increase their effective output baseline per hour of work, in comparison to their counterparts.

Moreover, if they have to complete low-impact work within their routines, smart workers aren’t above delegating effectively to others, thus retaining their time and effort for activities with higher impact. Also, if they are faced with jobs where they might produce a mediocre result with excessive input of time and effort, smart workers find it easier to collaborate with other niche experts and specialists, rather than beating themselves over the head with a textbook thicker than a combat tank’s plate armour for the next twenty-four hours.

This particular attribute lies in sharp contrast with obsessive hard workers, who carry their “capable of everything from fixing a leaky faucet, to helping Bambi’s mom give birth” attitude with seemingly defensive levels of pride. In comparison to smart workers, hard workers find it much harder to efficiently distribute work loads, and generally do so poorly in comparison if absolutely necessary. While it’s great to be capable of doing forty things in a day – if thirty-two of those things have no significant impact on your focused professional output, then you’re losing the rat race by a mile.

Furthermore, since lazy productivity invariably leads to some free time every once in a while, smart workers are more strongly oriented towards introspection than hard workers – whose “busy” work usually creates an atmosphere of automation, where they work diligently with their brains on perpetual standby-mode.

This particular attribute is one that smart workers have in common with every great business leader – the propensity to step back every once in a while, and the ability to re-assess, re-evaluate, and change one’s approach if required. As opposed to hard workers, these people – when acting as employees or managers – are less inclined to spend wasted effort busting down each obstacle head-on, and would rather spend some time thinking about ways around them.

Lastly, since the idea of engaging in repetitive or purely mechanical work is anathematic to the ideals of a smart worker’s existence, they are far more likely to engage in creative management of efforts which would either allow them to integrate such needs into other functions, or do away with the need for it altogether – thus streamlining work processes in either scenario.

This quality doesn’t just make them better managers and leaders, but higher-functioning strategists and innovators as well. As the Dean of Science fiction writers, Robert A. Heinlein, once put it, “Progress…[is] made by lazy men trying to find easier ways to do something.”

In the same vein, smart workers are also the least perturbed by change or challenges, since their entire MO rests on their capability to find creative solutions to efficiently complete even the most mundane tasks. They may or may not be the most prepared, but they are certainly the least fazed – a prime quality in successful leaders. While others bustle around like headless chicken tripping over their own feet, these people retreat, plan, delegate, and follow through with the least wasted energy.

Smart workers are also the least perturbed by change or challenges

Since they’re also accustomed to excessive bursts of productivity over shorter spans of time, they are well-suited to providing quality intellectual output in times of crises, or to take on larger challenges in shorter time-frames. As well, their honed ability to recognise the best skill-sets in people most suited to particular forms of work, in order to delegate efficiently, allows them to create self-sustaining corporate structures which require minimum oversight.

Such organisational hierarchies not only create an atmosphere conducive to optimum output and employee loyalty, but also provide suitable autonomy to each rung in the ladder – allowing each person to bring their own talents to the surface, in an environment where over-the-top micromanagement is frowned upon instead of revered.

The problem with many books and sources dealing with this topic is that they portray one or the other to be the golden rule to optimum productivity, while the correct answer is – both!

Lazy productivity or hard work? The correct answer is – both!

Smart workers are inherently more intelligent since they exercise their brain twenty times before lifting a single muscle, and yet they have the innate drive and ambition of a stoned sloth. But, these employees have larger stores of creativity and intelligence, without the compulsive desire to interfere with the work and function of others.

On the other hand, hard workers are all drive and energy, without sufficient thought to direction and focus. It’s like trying to snipe a fly from a hundred yards away using a Mafia lupo shotgun filled with scattershot – forget the fly, you wouldn’t hit the side of a barn with it at that distance. However, while they’re prone to excessive micromanagement and work-related egotism, they are also far more disciplined, diligent, and perseverant than their counterparts.

Although the ideals of lazy productivity have been hailed by everyone from Henry David Thoreau to Henry Ford, and Peter Drucker to Franz Kafka – none of these people were talking about one to the exclusion of the other. The importance of hard work was implicit.

The trouble with modern day impression of these ideals is that when people read success stories of billionaire entrepreneurs who speak fondly of lazy productivity as their path to glory, what these stories often skip over are the months and years of working 32×7, bending the very fabric of reality to make enough time to complete twenty parallel aspects of a single massive project, toiling till they fall asleep at their desks, before they had the luxury of free time and money to be able to write about their success stories in the first place.

Now while these entrepreneurs may look back at their experiences through rose-tinted goggles, fondly remembering the times when their tiny breaks only afforded the time to munch on cup noodles and soft drinks, their exhortation of lazy productivity is meant to imply that they succeeded because they channeled their energy in the right directions using the ideals of the same. So, if you think that hard or smart work alone would get you to their level of success – you’re hopelessly delusional.

They succeeded because they channeled their energy in the right directions

Though I may wax eloquent about the advantages of smart work over hard work, the fact of the matter is that very few people are purely one or the other – with most falling in the shades of grey between the two extremes. Since most people fall into the cracks between these categories, the point of this article has been to simply enlighten you about the advantages of further including smart work ideals into your ethos of hard and diligent work.

Because in the end, lazy productivity without hard work and discipline is like wanting to become Iron Man, and attempting to will the armour into existence through sheer force of thought – muscles bulging and neck veins pulsing from the stress of your mental effort. People may think you look constipated, but they sure as hell won’t mistake you for Iron Man. 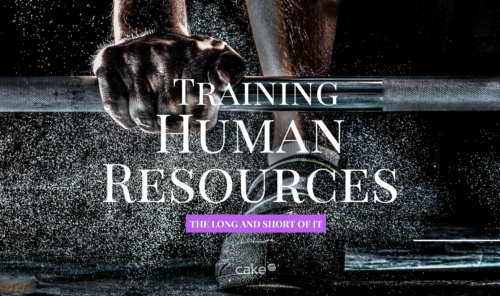 Training Human Resources – The Long and Short of It

A quick peep inside the mind of a HR professional lets you see the chaos, challenges, hopes and to-dos at their nasty best. This makes it easy to surpass a station called “Training” that requires some serious attention from all quarters 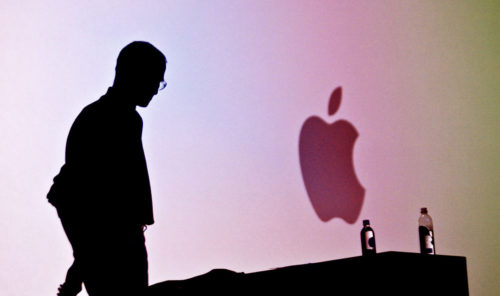 "He didn't care what the public thought of him."

Matrix Absence Management – Finding a Way Through the Maze

Multiple reporting lines present opportunity for great work and collaboration. However, this ship of success can capsize easily if finer things like absence management go haywire. Are you ready to sail?