It’s March Madness time! And everybody is talking about it. Will the Dukes win? Michigan seems to have a good shot. That ace player from Syracuse is tough to beat!

I’ve filled my bracket and made my bet. This is so exciting! If only I could watch the games all day!

But I have work.

Well, maybe I could sneak in a few hours. Spending 10 minutes more in the bathroom sounds silly but I might give that a try this week.

Nah, I’ll just watch the game on my desk. Everybody’s doing it anyway. And oh, on Thursday, my favorite team is playing. And I don’t want to miss it so I’ll just call the office and tell them I’m sick.

If only our boss is open about it, it could have made all the difference.

What is March Madness?

Everybody, especially your friends in the United States, is talking about March Madness. What is it? Why the craze? And why are companies so worried about it?

March Madness is one of the biggest and most exciting sports events in the United States. It’s the NCAA (National Collegiate Athletic Association) Division 1 basketball tournament where 68 teams compete for the national championship.

March Madness is a single-elimination tournament climaxing in the Final Four where the four remaining teams vie for the championship. Although the first NCAA Division 1 basketball tournament started in 1939, the term “March Madness” was not popularized until 1982 when CBS broadcaster Brent Musburger used it to describe the event.

Ok, so March Madness is a basketball tournament. Why are employers wary about it?

Unlike the Super Bowl which is played on weekends or the NBA Finals which air in primetime, March Madness happens on weekdays. Because of this, thousands of workers come to work distracted — costing US companies $2.3 billion per hour in wages.

The Other Side of the Coin

While many see March Madness as billions of dollars in losses, there are some who see it as an opportunity to engage their employees. One of them is Berkshire Hathaway Chairman and CEO Warren Buffet.

A big fan of the tournament, Warren Buffet pledged to give $1 million a year for life to any of his employees who could guess which teams will make it to the tournament’s Sweet 16. This year, Buffet doubled the pot money, “so, instead of $1 million, it’ll be $2 million.”

Why would an astute investor do this? While many businesses are scraping every dollar they could salvage, here is Mr Buffet encouraging his employees to watch and make their bet.

What’s more interesting is that 29.3% of employees look forward coming to work more because of March Madness. 28.9% say it makes work more enjoyable and 25.8% believe it increases camaraderie in the workplace.

“My opinion is that there are two factors contributing to this. The first being that people plan around the games that air during work. Some come in early, some come in late, and others plan meetings around the tournament.

The second factor is that being able to watch the tournament increases morale in the workplace. The data shows employees enjoy coming to work more during March Madness and are engaging with each other more.”

According to Forbes Magazine, businesses have gone through 3 major revolutions in the past 30 years. The first decade, which is called the Technological Revolution, saw the rise of companies with superior technologies.

Today, however, merely having great talent, ideas, and capital no longer works.  Something has shifted.  There is a new game.

Today, we find ourselves in the middle of yet another business revolution, the Culture Revolution, which aims to attract and retain top talents into the company. Businesses are now starting to understand the pivotal role employees play in the development of new technologies and driving sales. Work-life balance has gained prominent attention as employers seek to boost employee morale which in turn increases loyalty and productivity.

The Benefits of High Employee Morale to Your Business

Two of the common indicators of business success is employee retention and satisfaction. The old mantra of “don’t bring your personal life at work” no longer applies to this generation. And employers are starting to accept that the dash between “work-life balance” is crucial.

Below are some of the benefits of having happy employees:

When employee morale is high, everyone performs well. Productivity improves when employees come to work because they love it. And don’t be surprised if you find some employees going home late or coming in early because they enjoy what they do.

Professor Alex Edmans of the London Business School took a closer look at the performance of Fortune Magazine’s 100 best companies to work for in the United States and found out that these companies enjoy 2.3% higher returns per year than their competitors.

Have you ever held a brainstorm meeting with unenthusiastic, burnt out staff? Pretty bad, huh? Do that when employee morale is high and you’ll be surprised at how quickly they come up with creative solutions to a problem.

Leave days are costing employers billions of dollars a year. If employee morale is low, it is so easy to call in and say you want to take a day off than dragging yourself to work. When employee morale is high, that means your workers are happy. And if they’re happy, they are less inclined to get stressed (or get sick) thus, significantly cutting down the number of leave days they take.

Work quality increases when employees love what they are doing. Saks Fifth Avenue, a retail store, trained its managers to increase employee morale and came out victorious with compelling financial reports. A report by Gallup shows that Saks stores earned $34.6 million more.

“The first thing I look at is whether the staff are touching each other — are they smiling, reacting to each other, happy, engaged? I can almost predict sales on body language alone.”

In 2015, Pret a Manger reported a 16% increase in annual sales and experts attributed this success to one biggest factor: happiness.

“Retention and engagement was the No. 2 priority by all organizations in our global survey, rated even higher in priority by business leaders than HR. Meeting the challenge, however, is no small feat. Employees today (particularly Millennials) are looking for employers that inspire passion and allow them to fulfil their professional, personal, and social goals.“

The “Human” in Human Resources

The HR’s role has evolved from writing job descriptions and doing interviews to developing inclusive policies and planning activities that cater to the individual needs of employees — all in the name of retention and employee engagement.

And this is a good thing.

As Richard Branson puts it:

Recognizing the “human” in human resources show that you, as an employer or HR, values the company’s most important asset — the employees.

Use March Madness to Your Advantage

March Madness or not, companies suffer from decreased workplace productivity every day. And companies who attempt to kill the fun and energy of March Madness are approaching it the wrong way.

Goals are important. But we also need to understand that it’s OK to have fun. The worst thing a manager can do is ban March Madness in the office because, in reality, people will always find ways to watch it.

So why not use March Madness to your advantage? Again, from Patrick of TSheets:

“March Madness gives HR has the opportunity to engage employees in a fun and often very exciting sports event. The level of engagement can vary based on your organization, but I think the best lesson is to not discourage participation. The data we collected shows that if an employer discourages their employees from watching games they actually end up watching more than if their employer encourages them to watch.

“It’s never fun to feel like you’re the only one missing out. So try to find ways to let your employees engage with the tournament. This could mean having a designated room to watch games or tuning in if a particular game is close. It’s easier now than ever to balance watching March Madness and still having a productive day because you can receive alerts when games are close. This lets your employees see the best parts of the game without shutting down the office.

Take advantage of the positives the tournament offers and communicate what needs to get done for the day so your employees don’t feel like they’re being watched or micromanaged.” 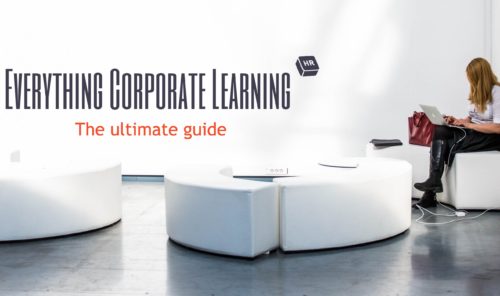 The ultimate guide to everything corporate learning and what’s on the horizon for the industry. Read this at the risk of disliking your traditional LMS even more! 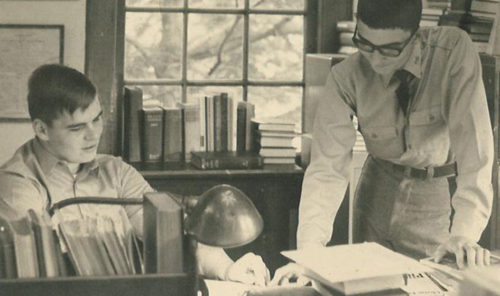 Time management has become almost an obsession today, and there’s no shortage of systems for narrowing your focus. 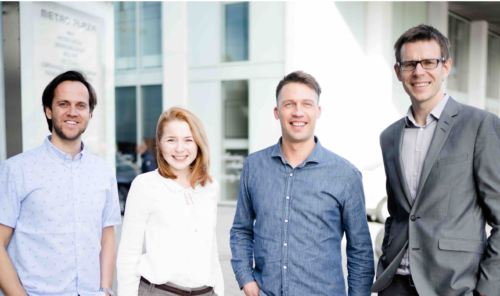 With its second office abroad, CakeHR enters Estonian market, thus contributing to the company’s strategic development in the Nordic region