The advantages of supporting and nurturing neurodiversity in the workplace

The business case for diversity, equity and inclusion (DEI) has never been more clear, nor has it been stronger. In the workplace and indeed our society the advantages of firstly understanding neurodiversity, accompanied by supporting and nurturing those that are neurodiverse are becoming more evident thanks to advances in research.

From charities such as the Brain Charity, who research into and advocate on behalf of those with or supporting others with neurological conditions. Through to Universities like Birkbeck University of London, who in spring 2021 opened the UK’s first centre researching neurodiversity at work. The advancing appreciation of the need to understand more about the breadth of thinking and behaviour styles is growing.

The exploration of neurodiversity in the workplace has also advanced significantly. With Harvard Business Review documenting the growth of prominent companies who have revised their HR processes to attract and recruit neurodiverse talent.

Many individuals who embrace the concept of neurodiversity believe that people with differences do not need to be cured; they need help and accommodation instead

The list of firms started out including SAP, Hewlett Packard Enterprise (HPE), Microsoft, Willis Towers Watson, Ford, and EY. Yet others including Caterpillar, Dell Technologies, Deloitte, IBM, JPMorgan Chase, and UBS, have doubled their efforts in recent years to enhance their neurodiversity programmes also.

Only recently in the UK it was reported that firms GCHQ and BAE Systems were seeking Neurodiverse women to join their cyber security teams. The rationale? According to Jo Cavan – the director of strategy, policy and engagement GCHQ’s stated that At GCHQ, some of our most talented and creative people have a neurodiverse profile – including dyslexia, autism, dyscalculia and dyspraxia and ADHD (conditions that affect the ability to process different forms of information)’. Furthermore, ‘The combination of a diverse team, with a mix of minds better equips our teams to carry out the mission of tackling new and emerging threats posed by terrorists, criminals and hostile states’.

The Business Case for Neurodiversity

With so much awareness of neurodiversity, what is the advantage for organisations to advance on the measures they are taking to support and nurture neurodiversity in the workplace?

Given that at least 20% of the adult population in the UK, may be diagnosed with neurological conditions including autism spectrum disorders, dyslexia and attention deficit hyperactivity disorder (ADHD), the business case for neurodiversity in the workplace seems clear.

Yet, despite the focus on Diversity equity and inclusion (DEI) in the workforce, the neurodivergent group is repeatedly overlooked in the attention now given to diversity. Which translates to hiring efforts missing out on ways of accommodating and attracting this group into roles within the organisation. In turn this translates to higher numbers of unemployment in the neurodivergent group compared to the general population.

Yet for Human Resources, there has been a long established understanding of how beneficial equality is. The assurance that each individual has equal access to opportunities, regardless of their background, identity or experience.

Furthemore Diversity recognises that, though people have things in common with each other, they are also different in many ways. With Inclusion acknowledging the enormous benefit of including those differences in perspective and lived experience, leading to better decisions.

As such the business case for diversity including neurological diversity remains strong with the evidence supporting the advantages, growing in strength and volume.

As Deloitte points out in their study on Neurodiversity in the workplace. One of the biggest benefits of an inclusive work culture is the diversity of thought that can be achieved. Further to harnessing different approaches to work, creativity and innovation.

Organizations that make an extra effort to recruit, retain, and nurture neurodivergent workers can gain a competitive edge from increased diversity in skills, ways of thinking, and approaches to problem-solving

The Chartered Institute of Personnel and Development (CIPD) position Neurodiversity as being a term that can be used to describe and represent a rapidly growing sub-category of those who ultimately think differently. Through effective understanding and embracing the talents of those who are neurodiverse is a key enabler to organisational success.

Thomas Armstrong, PhD positioned in his work on the ‘Power of Neurodiversity’ that it is vital there is an admission made more widely that there is no such thing as a standard brain. Furthermore, Armstrong highlights there is a  distinction in the positivity levels of the language used when discussing other diversities in our society. Which does not then extend to discussions around neurodiversity.

The medicalised language which has contributed to the culture of language use for neurodiversity, does for example, present as overwhelmingly negative. I.e, ‘autism spectrum disorder’ and the double negative terms included in ‘ADHD’, ‘deficit’ and ‘disorder’ respectively.

For Human Resources and organisational leaders, it’s important to acknowledge that many people who are neurodivergent may not have received a formal diagnosis – this can often include, yet isn’t limited to older employees, women and also those of an ethnic minority background.

It is possible to ensure the success of neurodivergent talent within the organisation, throughout the whole employee life cycle.

Deloitte suggests that by adopting a number of tactics, it’s possible to not only support neurodiverse talent, but to also leverage the potential of individuals and professionals that are outside of the neurotypical paradigm.

By casting a wider hiring net than the one your organisation may have to come to rely upon. Steps such as making changes to the Universities you approach for graduate hiring and identifying settings that have programs targeted and suited specifically to neurodivergence, are straightforward and effective steps that can be made to your recruitment and growth plans.

By taking action to evaluate and minimise recruiter and applicant tracking system algorithmic bias in your screening process. It’s possible to better manage hiring systems, which are typically built upon the data of ‘neurotypical candidates’. In doing so, it’s possible to respond to those data processed, that have the scope to possess bias against applicants who may have neurodivergent conditions, thus accounting for the differences between neurotypical and neurodiverse individuals throughout the screening process.

It’s to be expected that the interview process in your organisation will benefit from a review and redesign.  Aspects that could make a difference for neurodivergence hiring strategy include moving towards specifics, rather than abstractions in behavioural competency interview assessments. Further to having an openness to individuals having different styles of connecting the dots.

Sage HR’s recruitment software module provides an end to end management process that combines easy pipeline management, interview scheduling and custom scorecard features. The customisable element of scorecarding allows HR teams to adapt their recruitment process to the needs of interview processes that are inclusive and optimised to accommodate neurodiversity.

Sage partners with Neurodiversity in Business

Here at Sage, Amanda Cusdin, Chief People Officer, is the ELT Ambassador for Neurodiversity, which means building a neuroinclusive culture is a key focus and passion for her.

That’s why we’re so excited to announce our partnership with Neurodiversity in Business (NiB).

NiB is a non-profit, business-led forum enabling organisations to share industry good practice on neurodiversity recruitment, retention and empowerment. As members, we share a vision to ensure that we have a neuroinclusive culture – one of learning, awareness and an environment that flexes to meet the needs of all colleagues.

Creating a neuroinclusive work culture will help us unleash the many superpowers that neurodivergent colleagues can bring. Different ways of thinking. Fresh approaches to problem-solving. New ways of visualising, reframing and explaining complex business problems. These are all crucial in helping us innovate and drive high performance.

Why have we partnered with NiB?

Our main goals with this partnership are to:

We’re also particularly pleased that we’re sponsoring a new cross-industry NiB survey. This will provide meaningful insights into the challenges businesses face in building inclusive environments, and that neurodivergent people face in accessing employment and navigating their careers.

The steps that HR takes to support and nurture a more inclusive environment for their neurodivergent workforce has rafts of positive benefits that can expand into the wider organisation.

Both HR teams, leaders and managers are tasked in this revelatory times where greater awareness and diagnosis of neurodivergence is becoming more prevalent, is to identify solutions that work for the unique needs of neurodivergent and neurotypical talent alike.

By taking active steps to be more understanding, accommodating and inclusive. The world of work and future of work can become a far better place for all.

Say hello to easy personnel management! 🙂 Sage HR changes how organisations attract, retain, manage and engage their workforce. Designed for SMEs, it improves productivity and connects businesses to their people. 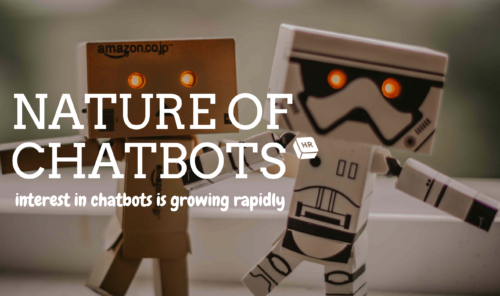 Are Chatbots Doomed to Failure or Will They Eventually Conquer HR? 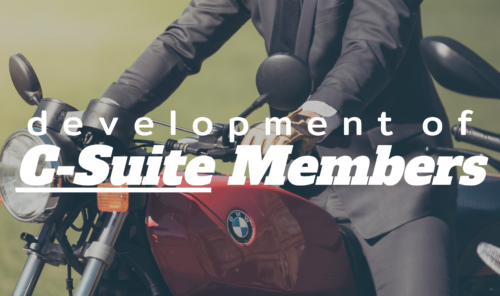 5 Ways to Incorporate HR Strategy in the C-Suite

Since leadership Talent is your Biggest Asset 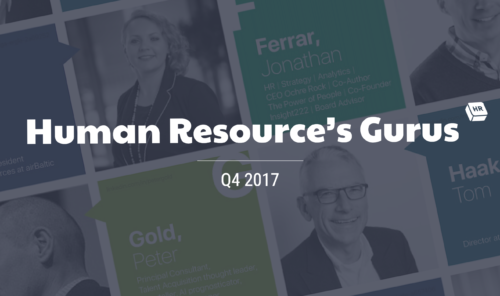 We promised we would keep you up to date with the most influential HR leaders every quarter (and we don’t like to disappoint), so here we have it!