How to Reach Generation Z: The Employers Guide to their Future Workforce

Move over Millennial's, Generation Z is ready to enter the workplace and employers need to be tech-savvier than ever to reach out to them

Millennials like me, who have been considered the ‘in’ generation for the past 15 years, are no longer the hot topic of future workforce change thanks to the newbies about to enter the job market – Generation Z.

Generation Z has arrived. They are poised to change everything. But probably not in the way people assume.

In fact, the fresh-faced members that make up Generation Z (also known as Gen Z, Centennials, Founders and iGen) have finally branded us Millennials as old.  And I must admit I never saw it coming, but it’s kind of true.  I’ve accepted I’m not as young and up to date with some of the new tech and trends like I used to be, even asking Google ‘What is Kik?’ when researching this topic!

Some of you business owners out there may not know what to expect from this intriguing generation, so I decided to find out more and share with you some tips and advice on the best ways to reach out and connect with your future Gen Z employees.

But first things first, who are Generation Z?

The demographic generation about to upstage the Millennials, Gen Z are predominantly the children of Generation X but with some having Millennials as parents.  Born between 1995 and 2010, the oldest people in this group are already 22 years of age and just stepping into the start of their careers, which is precisely why employers need to understand the best ways to connect with this digitally ingrained group.

The media has focused a lot on millennials in recent years, but it’s time to turn some of the attention to the millennials’ future co-workers. Gen Zers have a lot in common with millennials, but there are also many ways in which the two generations differ.

The era this new cohort was born into, fits in side by side with the rise of home Wi-Fi connections and smart mobile phone devices.  With the oldest of this generation just reaching adulthood, they don’t remember a time where there were only 4 channels on TV, using landlines or dial up connections.  We are talking about a generation that won’t remember the first kinds of popular online social platforms such as MSN Messenger, Bebo or MySpace.  Even the early versions of Facebook would be unrecognisable to them!

Gen Z have grown up surrounded by the advancement of social media and constant access to live global information so it’s no wonder that employers are now realising the benefits of turning to popular apps such as Snapchat, Instagram and Facebook and tailoring other areas of their business to reach out and interact with their future workers.

What is the current state of Gen Z?

The highly scrutinized Gen Z are the most connected generation yet, with young people in the UK (aged between 5 and 16) spending on average, 3 hours per day online.  Being connected on so many different platforms has transformed how this generation interacts on a day to day basis with new technology constantly being welcomed by instinctive skill.

Being of fairly young age when the credit crunched, Gen Z have grown up within an unstable economic climate and watched their parents deal with the aftermath which seems to have awakened an entrepreneurial spirit due to the early understanding that they need to create opportunities on their own to get ahead, rather than rely on others for support.

It is reported that 77% of Gen Zers already show a knack for earning their own money by means of freelancing, having a part-time job or earned allowance, proving that their work ethic (from as young as 14) is already at a similar level to Millennials who are 10-15 years older; This shows a generation of self-reliant and long term contributors to the economy which is good news for organisations looking to recruit people already familiar with being in a working environment.

One of the most startling discoveries from this year’s new national study: Gen Z is shaping up to be the Throwback Generation.

Because the daily lifestyle of the Gen Zers seems much more-fast paced, tech focused and attention grabbing, techniques to reach out to them need to be adapted with that in mind.  So here we have put together some tips and tricks to help you build a better connection with the Gen Z audience.

The most obvious starting point here would be technology – what types you use within your business, how you use it and what appeals to Gen Z will have a major influence on how well you reach out to them.

With 92% of Generation Z having some form of digital footprint, it would make sense to align your organisations tech game to meet the needs of both your business and your workers.  Modernising your businesses technology is a move you need to make if you haven’t done so already.  Technology is at the forefront of everything going forward and there is no sign that things will take a step backwards or slow down so it’s time to embrace it.

There is so much technology on the market that can enhance your businesses success, cut down on paperwork and enable employees to be more productive by focusing on the important aspects of their role so this should be a priority to get right.  We have some more specific examples to follow…

It’s expected that almost half of Generation Z will connect online up to 10 hours per day and 1/3 will spend at least one of those 10 hours watching videos.  Therefore, it comes as no surprise that the most-used app by Gen Z is YouTube (followed by the 3 other biggest social video apps – Snapchat, Instagram and Facebook).

YouTube has a major influence on Gen Z with 30% believing that YouTube ads are the most trustworthy over any other source.  85% of Gen Zers are reported to have watched at least one online video in the past week to learn a new skill!  By knowing this, employers could be using similar video techniques, if not YouTube itself, to promote and market their business to their Gen Z audience and employees.

By integrating video streaming into some areas of your company such as training, upskilling or induction, it gives users independent access from any smart device at any time which reaches out to the near 50% of Gen Zers that want to apply for a job with a more flexible working schedule.

Large organisations such as McDonalds and Hollister have utilised the popularity of Snapchat to conduct recruitment drives and boost brand awareness which has been successful amongst Gen Z users. With 45% of the 300 million monthly Snapchat users within the 18-24 years of age range, there’s no question that this app would be a great tool for businesses to make use of.

The short 10 second snaps are a great way to connect your company to a large global audience, but also a great way to assess candidate attitudes, enthusiasm and creativity as a new modern day approach to the first step of the application process.

Instagram is a massive hit with generation Z as the photo filters and short insta-stories have similarities with Snapchat and businesses can easily use Instagram as a fast and efficient marketing tool.

Facebook has always been more popular with Millennials, but there is still a huge Gen Z audience using Facebook on a day-to-day basis. Workplace by Facebook is a great example of how having business software with a similar user interface to that of Facebook would prove popular with the Gen Z population.

Twitter – to get the latest up to date news

Businesses can use this information to their advantage by tailoring their organisations content accordingly to get the best response from the Gen Z audience.

If we look at HR technology such as Applicant Tracking Systems (ATS) that simplifies the initial application process and majorly reduces paperwork (which is great for the environment and another cause Gen Zers are passionate about), this HR tech has made the recruitment process simpler for all parties involved thanks to its ability to create algorithms, store previous applications for future use and highlighting top candidates.

ATS HR tech is very user friendly for the Gen Z group and funnily enough has been similarly linked to social apps such as Tinder for the way they run.  ATS is now so advanced that recruitment managers can use a similar format to make quick hiring decisions whereby users can choose what preferences they have, leaving the software to condense a huge pool of candidates down to a smaller set of appropriate applicants.  If both parties have similar preferences and are willing to ‘connect’ then the opportunity to discuss further is opened up.

30% of Gen Z prefers to get information on a particular brand from a real customer and 19% from an online influencer or blogger. They choose to look at online ratings and reviews to instil the most confidence in a brand which could make or break the relationship.  This should urge employers to look closely at their company culture and how their brands reputation could be improved to reach out to this generation.

They [Gen Zers] find email an out-dated communications method, and are 3x likelier to open a chat message received through a push notification

More than 60% of Gen Z prefers to see social media influencers in ads, as opposed to celebrities so it could be worthwhile contacting or working alongside viral bloggers or vloggers relative to your business, that could help your business reach out to your intended audience.

Although this article doesn’t delve deeper into each individual Gen Zers quirks, personality and traits, I believe that by looking at the statistics gathered and having a generalised idea of some of the things that can captivate a large percentage of the Gen Z audience will definitely help your organisation in the initial steps of reaching out and retaining your future Generation Z employees.

Have you discovered any other tips or tricks to reach out to Generation Z?  If so, we would love to hear from you!

Robyn is a HR professional with over 7 years experience in generalist and complex employee relations matters. A newly established Virtual HR Assistant offering a range of HR services online, who loves to travel and part of the content management team at CakeHR. 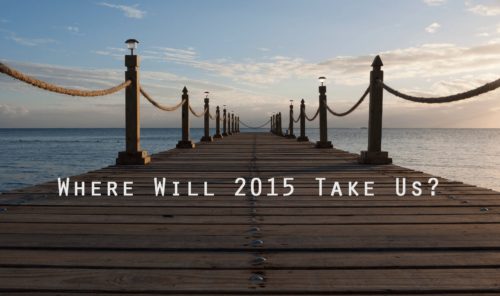 2015 is expected to be a turbulent year! 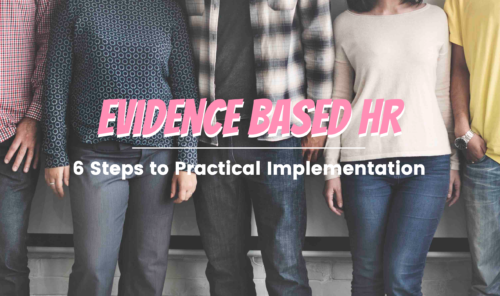 An Overview of Evidence Based Management in HR: Moving from Suppositions to Data

An in-depth look at Evidence Based Management in HR, the misconceptions around the term, challenges in the path of its implementation and the six-step process that walks practitioners through it. 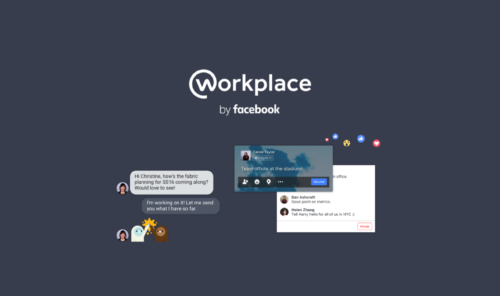 Workplace by Facebook: Could This Be An Alternative to Your Enterprise In-House Designed Intranet and Mailing System?