Why Companies Give Severance Pay to Their Employees

Do you think it is worth it?

The controversial NBC Nightly News anchor Brian Williams has been hitting the news lately due to his alleged embellishments on a number of reports since 1989.

Business Insider gave a detailed discussion on some of the reports that he is suspected of lying about. Because of these unethical misconducts, Williams’ trust rating plummeted from the 23rd to the 835th spot as the most trusted person in America.

Since Williams’ contract with NBC earns him around $10 million a year, the suspension could cost him as much as $5 million.

Latest buzz from Politico’s Mike Allen, however, tells us that the controversial anchor may get as much as $30 million worth of severance pay from NBC before he’s kicked out for good.

That’s a lot of money for a goodbye kiss!

Will NBC really give him that much severance pay? I don’t know yet. Why do companies give severance pay to their employees? That I know. But before I give you the reasons why, let’s answer these questions first.

What is Severance Pay?

Severance pay is an amount of money (with or without added benefits) that the employer pays to the employee that’s “severed” from his or her employment.

This serves as a compensation for losses (like lose of seniority, as in Brian Williams’ case) when a long-term worker loses his or her job.

Severance pay should not be confused with termination pay which is given to the employee in lieu of a notice of termination required by the government.

According to the U.S. Department of Labor, The Fair Labor Standards Act does not require companies to offer severance pay to their terminated employees.

It is a matter of agreement between the employer and his or her employees.

Now that we’ve answered some of the very basic questions about severance pay, let’s move on the to the top reasons why many companies still give severance pay to their severed employees even though it is not required by the government.

1. It is the Right Thing to Do

How would you feel terminating an employee without giving him some compensation for his services? How will his co-workers feel?

Many business owners offer severance pay as a sense of responsibility or fairness to the severed employee especially if he is a long-term worker. This action also helps maintain the morale and goodwill of those who are left behind.

If you use it right, severance pay can serve as an effective tool in retaining and attracting employees. You can use this as part of your hiring campaigns especially when you are looking for top management talents.

For small industries, a severance pay to all full-time workers will encourage them to stick to their jobs. This responsibility, although not mandated by law, provides some level of financial security to your workforce. And as you do so, they will respond with increased motivation, trust and productivity.

Mass layoffs can attract negative comments from local or national press. Negative press can hurt your company’s reputation and may lead to talent acquisition problems and other detrimental effects. It also negatively affects workforce morale.

Small business owners may not have mass layoffs but still, there will come a time when they have to close or downsize a shop or two. Providing severance pay to laid off employees can help prevent or minimize the negative press that may come from newspapers and local TV news.

Although the Department of Labor does not require companies to offer severance pay, some states may do. So one of the first steps that you should is to consult with your state’s labor department and see whether or not they require businesses to provide severance pay to their employees.

Required or not, terminating an employee for no reason or the lack of documented causes may stir up some legal conflicts between you and your employee.

As a precaution against future lawsuits and conflicts, many companies offer severance pay to “cool down “their disgruntled ex-worker. Doing this usually includes a Separation and Release Agreement which basically prohibits the employee from suing in exchange of receiving a severance pay.

Things to Include in a Severance Package

Aside from severance pay, many employers also offer their employees a severance package. If you want to do this in your company, here are the things that you should include.

(Note: There is no standard rule stating what to include in a severance package. Just choose which ones work best for your company and your employee.)

Pay – Obviously, this is what your severed employee really needs. Most companies offer a set amount of severance pay for a week or two-worth of salary for every year of services rendered.

Insurance Benefits – This could be a continuation of an existing insurance (health, life, education or disability) for a fixed amount of time after the termination.

Outplacement Services – This is basically a program that’s designed to help your employee land a new job. These services may include career goal and skills workshops, tips on writing resumes, mock interview sessions or leads for new jobs.

Uncontested Employment Compensation – Except for serious offenses, fired employees can claim unemployment benefits if they lost their jobs. As an employer, you have the opportunity to contest this claim. If you will not do it, chances are high that that your severed employee will receive these benefits on top of his severance pay.

When considering a severance package instead of a severance pay, one of the best things you can do is to hold a one on one honest conversation with your fired employee.

Ask him what he wants to receive as part of the package. As you do so, he’ll most likely thank you than hold a grudge against you at the end of the day. 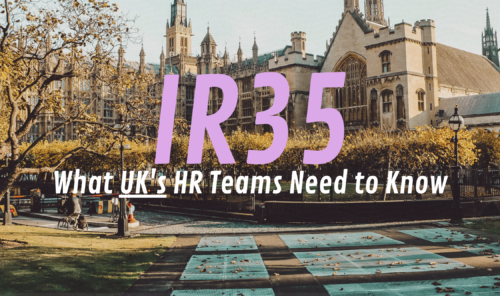 How the Mini-Budget Changes to IR35 Impacts Human Resources 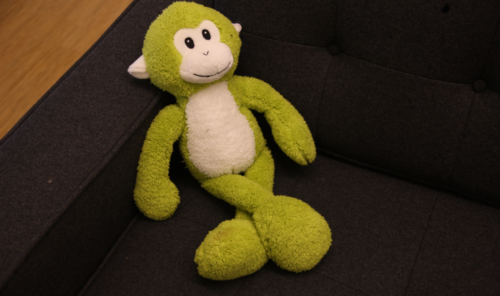 Way Off The Beaten Path 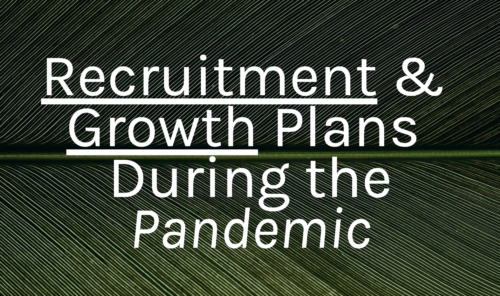 The Challenge Ahead For Recruitment & Growth Plans in HR