“My goal was never to just create a company. A lot of people misinterpret that, as if I don’t care about revenue or profit or any of those things. But what not being ‘just’ a company means to me is building something that actually makes a really big change in the world.” says Mark Zuckerberg. Facebook has indeed brought changes to the world, but perhaps in more ways than we would otherwise believe.

The largest social network on the planet, has also just turned into one of the greatest offices to go to work at. It’s hard to decide whether the corporate sanctuary, expanding on Facebook’s previous headquarters at Menlo Park, California is inspired from a day at an amusement park or a trip to the future.

Perhaps the best person to ask would be Frank Gehry, the biggest name in architecture in recent times and the brain behind Facebook’s brand new office layout. The building itself is simply one large room that fits thousands of employees into one space and has been described by Zuckerberg as “the largest open floor plan in the world”, which it indeed would be, considering it makes enough room for all of its 2,800 employees and provides them with every amenity they could ever want for.

But the 430,000 square foot campus is more than just “big”. It is quirky, elegant, creative, and inspiring. A rooftop park, high art furniture, modern artwork, and perhaps the best of all, a colorful meeting room that resembles a ball pit are just some of the fascinating new features of the Facebook office. Following the roaring success of their new office, Facebook has unveiled plans for two new buildings, a total of 985,000 square feet that will substitute nine of Facebook’s original buildings and will again by designed by the highly acclaimed Gehry.

Other Companies and their New Office Spaces

Facebook isn’t the only one shifting to newer, cooler office spaces. Giants such as Apple and Google, already known for their invigorating work environments, are aiming towards office layouts that are outrageously ambitious and innovative, almost utopian in design and culture. 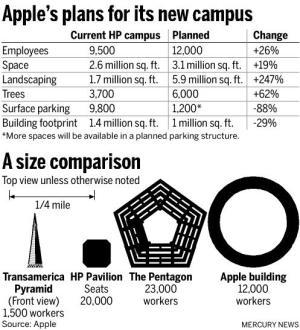 Apple’s new campus, expected to be completed in 2016, is still in the early stages of its construction.

Already, its layout resembles  something of a spaceship, or perhaps the ruins of an extremely advanced alien civilization. The Google office in Silicon Valley has been the classic example of a work environment that is functional, fun, and encouraging.

Always reaching towards being bigger and better, Google recently unveiled its new office plans that will consist of “lightweight box like structures that can be moved around easily.”

Large canopies will control the climate of each such structure, while bike paths, cafés, restaurants, and trees will lie scattered throughout the campus. Envy workers at these outlandish offices yet?

The Purpose of Better Office Spaces

Why, you might ask, do some companies put infinite pools of money towards office design?

To start with, companies like Google use their office design and work environment, as a billboard, or an advertisement, attracting the best of the best from every field and in every country.

Who wouldn’t want to have a conference in Facebook’s ball pit meeting room, or walk around the gigantic corridors of Apple’s spaceship office, or weave their way through Google’s moveable offices on bicycles?

You perhaps are tempted to update your resume and send it now the first chance you get, and so is everyone else. Secondly, offices like these value their employees, their time, and their work. This is not to say that smaller offices don’t.

But well, Facebook, Google and Apple can afford to show their appreciation for their employees in a more ostentatious manner.

You can’t be expected to come up with an innovation that is earth shattering, mind numbing, and simply incredulous by working a 9 am to 5 pm job, surrounded by drab walls.

At dotcom giants, workers are expected to always be inventing, and they are generously provided with an environment that will keep their mind churning.

If they need to stay late, which they often do, they have all the amenities they will ever want within the office campus.

Talking about his new office design, Zuckerberg had said, “Our goal was to create the perfect engineering space for our teams to work together.

We wanted our space to create the same sense of community and connection among our teams that we try to enable with our services across the world.”

It Starts with the Employee’s

Employee satisfaction, all the best managers say, starts with listening to and learning from the opinions of your employees.

Before shelling out money for a new office design, take the time out to ask your employees what they would like from their new work environment.

You want a new office space to attract workers, not drive them away. You want it to boost your business, not drag it down.

A Better Work Environment Without the Money

You don’t need to be as rich as Facebook to have the ideal work environment.

Granted, your office might not have the finest artwork hanging on its walls, but with the right space, you will have employees that will steer you closer towards success every single day.

The first thing to remember while designing a new office space or revamping your old one, is that you don’t need cubicles or barriers keeping your employees away from each other.

A healthy work environment is one that allows for invigorating interactions, hubs where employees can band together and discuss ideas or nooks where one can work alone in quiet comfort.

Wondering what you can do with your small office space to ensure your workers are always at their highest levels of productivity?

Finally, while designing an office, keep in mind functionality, efficiency, ease of use and creativity.

Additionally, it is good to ensure that they constantly churning brains at your office are always supplied with generous amounts of warm food and warm beverages.

Of course, it does no harm to find inspiration from successful office designs like those described above, and create something along the same lines, perhaps a less expensive version of it. 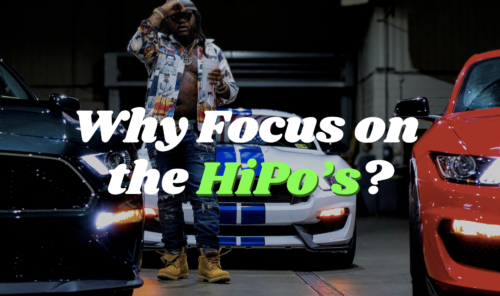 Investing in the HiPo’s (High Potentials)

Here’s the why & how to spot them for maximum impact 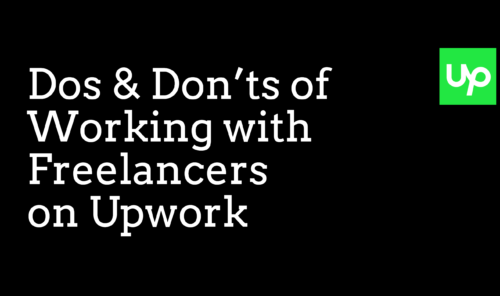 The Guide to Acing Remote Talent Management: Dos & Don’ts of Working with Freelancers on Upwork

Why freelancing is the next big thing, the attitude shift that will give companies an edge & 10 (little known) tips to cultivate the best Upwork talent