Time management has become almost an obsession today, and there’s no shortage of systems for narrowing your focus.

My tenure as admin manager for a non-profit pretty much straddled the transition from the analog to the digital age.

When I took over, one of the annual rituals we engaged in was the Ordering of the Calendars, at the time one of the most valuable time management tools available. Many of the professional staff, though, as well as the department heads and executives, had multiple responsibilities and appointments, and needed more than a desk pad to keep track.

I worked with them to find a broad range of specific items that most closely met their needs, but they were all versions of the commercial diary developed by John Letts in the 1820s, which his company continues to crank out today – 22 million per year, at last count.

Time management has become almost an obsession today, and there’s no shortage of systems for narrowing your focus so you can concentrate only on the most important, and differentiate between them and the merely urgent issues, like postings of cat pictures on Facebook, that also demand your attention. And as we become used to the digital time management tools the digital revolution is delivering, we wonder how people managed their time before they had computers.

The Impact of the Military

Many of the technologies we enjoy in civilian life were originally developed by the military, and time management is no exception. As weapons and tactics became more sophisticated a century ago, it became crucial to enhance the quality of coordination among different units. For example, the sooner the infantry advances into an area after an artillery bombardment, the more effectively it can clear those areas out, but it must know when it’s safe to advance. Most forms of communication were vulnerable to enemy interception, so the British military issued wristwatches to its officers starting in the late 19th century so that they could coordinate activities and movements without having to communicate directly during battle.

By the end of World War 1, all British combat troops had been issued wristwatches specifically designed to withstand the rigors of trench warfare. They returned to civilian life still wearing them, and they quickly became an indispensable time management tool for managers and workers alike. No longer did they have to look for a clock or stop and pull out a pocket watch. Wristwatches today remain an important time management tool.

It wasn’t only the military that was concerned about time management in the first decades of the 1900s. Commercial diaries like those that Letts printed still represented the cutting edge of time management tools for many, even though they’d been on the scene for nearly a century.

They enabled merchants and industrialists to follow Ben Franklin’s advice on setting schedules of each day’s activities, but they likely shared old Ben’s frustration with the interruptions, no matter how legitimate, that frequently trashed their schedules. In addition, books like Catherine Beecher’s bestseller, “A Treatise on Domestic Economy for the Use of Young Ladies at Home and at School,” contained numerous time management tips, such as instructions on how to develop productive habits like education.

Time management tools, like diaries, wristwatches, and time clocks, became staples in the workplace. Time management systems, though, were limited to those that dictated workers’ activities in production and other areas where time was a variable in the economic equation. The codified systems that taught executives to set priorities and differentiate between important and urgent activities, though, were still a long way in the future.

The industrial revolution, though, brought numerous innovations to the manufacturing process,

many of which dramatically reduced the time and labor required to make all manner of goods, and enhanced time management on the production floor. Time clocks, for instance, were a relatively new invention, but quickly became popular and were showing up in more production facilities daily.

Another major development was the introduction of the moving assembly line to the automobile industry. Ransom Olds initiated it in his plants in 1902, and Henry Ford followed suit in 1914.

The enormous increase in productivity was a major factor in Mr. Ford’s decision to reduce the workday from 9 to 8 hours while more than doubling his workers’ pay, from $2.25 to $5 per day. It also was the reason that the Model Ts produced were available in any color, “as long as it was black,” because the Japan Black paint was the only color that would dry quickly enough.

Another time management consequence of Ford’s decision was that the higher pay proved to be a great retention tool, reducing turnover and thus the amount of time spent recruiting, hiring, and training new workers. Likewise, cars and trucks became more affordable, which in turn had a ripple effect throughout the industries that used and serviced them.

Executives and managers today constantly seek ways to improve their own time management skills in the anticipation that the more time spent on the truly important issues will result in greater productivity and improved quality. Like the industrial revolution, the digital revolution brings with it a host of new tools for time management. At its core, though, time management requires significant self-discipline to be able to avoid the many distractions that accompany the benefits of the digital age.

There is a subtle difference between a good and great HR management software. Know how we deliver nothing but “Great” by starting your 14-day free trial at CakeHR! 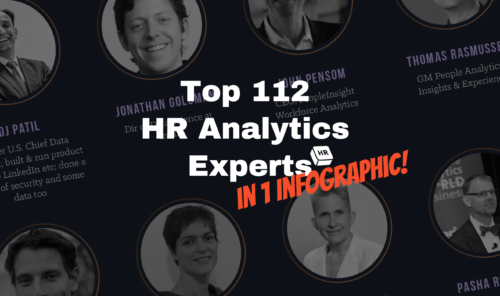 Introducing You to the Top 112 HR Analytics Experts [INFOGRAPHIC]

In a bid to highlight some of the best HR analytics experts currently in the industry, we have compiled an easily accessible list of top 112 HR analytical leaders for you to familiarise yourself with and use as a go-to resource for ideas 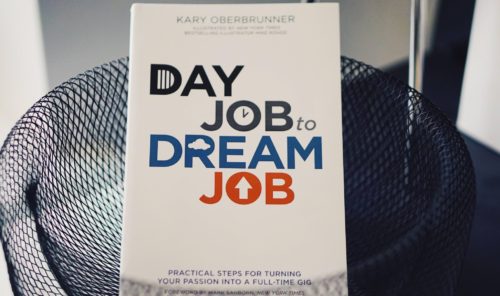 Why Your Day Job Sucks! 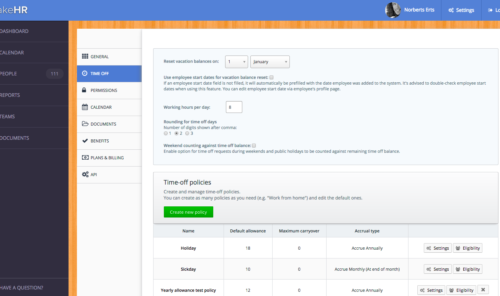 How to Set Different Time Off Policies