Some people try something new every years, and half the fun for them is the planning beforehand

For most of my vacations, my planning consisted of looking for a good deal on transportation and lodging rates, finding attractions to visit at my destination to visit, and identifying places to have a good meal.

As an HR director responsible for employee scheduling and time-off management, I’ve known plenty of people who planned far more – and far less.

Some people try something new every years, and half the fun for them is the planning beforehand. Others take the same vacation every year; for them, one the biggest elements of planning is requesting time off.

When I was a boy, I attended summer camps, and then became a counselor at Scout camp when I grew older. I enjoyed them, but summer vacations were planned for me until my 20s – my main contribution was packing. And then there was that wonderful summer I spent with the US Army at Fort Bragg, North Carolina… again, except for packing my toothbrush and sufficient underwear, that vacation was thoroughly planned for me.

This is typical of young people – even if they plan the details of their vacations, they generally follow a pattern.

As I grew older and needed to work full-time to make ends meet, I fell into the American trap of taking one-week vacations, even when I was earning five weeks of paid vacation per year. Sometimes I’d piggyback a long weekend or a mini-vacation on the end of a business trip. My vacation planning, such as it was, took on a minimalist quality: “Hm, I’ll be spending 5 days in Orlando after the conference ends . . . I’d better pack some more underwear.”

Even the obligatory Disney vacations didn’t really engender a lot of planning – we got to Orlando, got our theme park tickets, showed up at this or that park every morning and lasted as long as we could. Lunches in the parks were usually unexciting and costly, and suppers were sit-down “casual dining,” again at significant cost. Back then, we didn’t have the benefit of the Internet to find modestly priced meals.

A trip to pre-Katrina New Orleans was the first vacation we took where we actually reviewed the various attractions available and mapped out an itinerary for ourselves. We took it easy – in the space of a week, we decided on five “must-see” attractions and another five “preferred.” I think we saw five or six of them altogether, which in retrospect I think was pretty good. We also spent an awful lot of time together at the French Market, which was within walking distance from our hotel. Because the girls were grown and we didn’t need to accommodate sleeping or eating schedules, etc., it was one of the best vacations I can remember.

How Do You Plan Your Vacation?

There’s no vacation planning strategy that’s uniquely Korean, or Polish, or Mexican, or whatever. There are, however, many different approaches to vacation planning, each with its proponents and detractors. How to plan a vacation has a lot to do with your philosophy on what a vacation is. Some people, for instance, view vacations as a time to see and do things they can’t do at home, and to learn about other people and places. These people set busy itineraries with every hour accounted for, and often need time to relax and unwind from their vacations when they return home! Others see vacations as a time to get away, relax and unwind – again, things that generally can’t be done at home. Their itineraries are generally much more open and flexible. People’s vacation planning is generally consistent with their philosophy.

Your vacation destination itself, of course, has an impact on how you plan for it. If you vacation at the beach, for example, you may research the area to find some interesting attractions to visit to break the monotony of stretching out on the sand, sunbathing and drinking tall mixed cocktails. You generally won’t prepare a full itinerary of museum tours, symphonies, and mountain-climbing. Destinations like Paris or London or any of the world’s several hundred major urban areas, though, cry out for planning so that you can see at least a representative sample of the attractions the place is known for.

If your vacation is oriented around an activity like mountain climbing or deep sea fishing, much of the planning of your daily schedule is taken care of by the professional guides you hire. Your main responsibility is making sure you’re in good physical condition to undertake the activity.

No matter how you slice it, vacations and money are inextricably intertwined.

About half that number, roughly 20 percent, cited personal or family reasons, and a still smaller percentage, about 10 percent, cited a lack of time. Even on a tight budget, of course, you can enjoy a nice vacation away from home, but the facts are incontrovertible: the more you have, the farther you can go, the longer you can stay, and the more things you can do, to say nothing of the meals you’ll be able to enjoy!

In a recent survey of Europeans regarding their vacation habits, conducted by the European Commission, about 40 percent of those who didn’t take a vacation cited financial reasons.

The spending starts even before suitcases are packed and mail delivery is suspended. Not surprisingly, the most common vacation expense vacationers incur before they leave home is clothing, followed by a hairdo, a telephone package oriented to the destination, and other beauty treatments. In their pre-vacation spending, only 10 percent of vacationers spend money on diet and weight management services, and related products, preparatory to going on vacation.

When people book their vacations, the thing that’s most important to them – and for which they’re willing to spend accordingly – is a hotel that lives up top their expectations with respect to location, amenities, and service. Only 7 percent, for instance, will pay to upgrade their air travel from economy to business or first class, but almost 40 percent are comfortable with paying extra for a hotel in a desirable location.

This makes sense, considering that such a small percentage of your vacation time is actually spent in an aircraft. People will also spend extra on a non-stop flight as opposed to one with connections, a room with a view, and a hotel with a pool.

Who Spends How Much On Vacation?

Vacations can be sorted into all sorts of groupings – beach, mountains, wilderness, high adventure, camping, cruise, etc. One very basic grouping is foreign and domestic. A recent survey by Expedia shows that on average, people who vacation in their own country expect to pay about $730 US per person, per week. Norwegians anticipate the highest cost, at $1,256, followed by Japanese, Canadian, and Australians. Residents of Thailand, by contrast, expect to spend $356 US.

Japanese, Mexicans, and New Zealanders expect to pay the most when traveling internationally, between $2,200 US and $2,300 US per person, per week. The French anticipate the most modest costs for travelling abroad, at $1,261.

How is Vacation Paid For?

About half or fewer of the vacationers from some other countries, such as Holland, Japan, Thailand and France maintain dedicated vacation funds. On the other hand, 29 percent don’t save at all for a specific vacation.

Can You Save Money While On Vacation?

Given the sometimes volatile nature of the economy and the necessity of saving money even on vacation, Europeans are most likely to cut spending first in the area of beauty and wellness treatments, followed by shopping. Dining, sports, and entertainment are next on the list. Ten percent, though, insist that they would not cut any expenses on vacation, led by the Turks, 29 percent of whom wouldn’t cut any expenses at all.

Forty percent of respondents in a survey identified beach vacations as the most cost-efficient. Historical/cultural sightseeing lagged far behind at 23 percent, while theme park vacations brought up the rear at 7 percent

When it came to identifying the most luxurious way to spend a vacation, 39 percent of respondents selected cruises. Another 24 percent identified spas and spiritual retreats, as well as casino trips, as being in this category.

How Is Vacation Booked?

While nearly 57 percent of Europeans organized and booked their own travel plans themselves, more than a fifth booked all or a part of their vacation through a travel agent, and about 12 percent used the Internet to book all-inclusive packages on the Internet.

The early reports of their demise notwithstanding, travel agents remain an important part of the vacation planning picture, though their numbers are declining as more vacationers learn to use the Internet to book their flights, lodging and other itinerary elements. The more complex your vacation, the more valuable the services of a travel agent will be.

Of Europeans surveyed in 2011, most – nearly 36 percent – took vacation for rest and recreation, 17.5 percent cited “sun and beach” as the main purpose of their vacation, and 16.8 used their vacation to visit friends and relatives. The other 30 percent or so are divided among sports, nature, wellness and health treatments, and religious activities. Of all Europeans, Norwegians most love the beach, followed by people from the Czech Republic and the Danes.

How Do People Make Their Vacation Choices?

One of the most important elements of vacation planning is deciding where to go. As in the past, people learn about various vacation destinations from their friends and colleagues, and generally select from among those choices. The second source of information, the Internet, is slowly growing in importance. As might be expected, more men than women, overall, rely on the Internet for their vacation information, and those under 40 favor the Internet by a dramatic margin.

Where Do People Spend Their Vacations?

When asked where they’d spend their 2011 vacations, more than a third of Europeans said they’d vacation in their own country. The next largest group, almost a fourth, didn’t know, and the next group said they’d vacation in Europe, but outside their home country. More Turks, at 78 percent, stay in their home country, and more than 92 percent of Luxembourgers leave their country on vacation.

Although there is such a thing as overplanning your vacation, underplanning can be as much of a problem. Imagine a mid-August vacation in Atlanta, Georgia, in the States. You might think it’s reasonable to expect that you could visit Six Flags, the area’s major theme park, or Whitewater, its water park cousin, but you’d be wrong. Because Atlanta’s schools re-open early in August, the two parks are only open on weekends in that month, and you can count on the crowds to be huge.

In addition to securing travel and lodging for your vacation, you should ensure that the places you want to visit and the activities you want to engage in will be available to you while you’re there. It’s not just to avoid the disappointment (or worse) of pulling up to an attraction and finding out it’s closed, you also want to avoid the time lost making alternate arrangements. 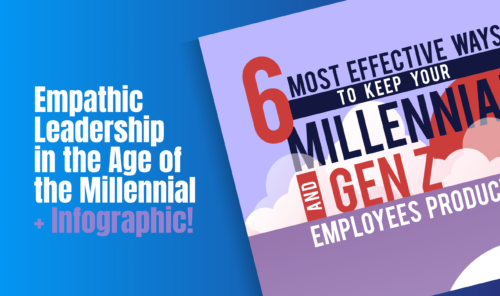 6 Most Effective Ways to Keep Your Millennial and Gen Z Employees Productive [+ Infographic!]

The global workforce will be filled with new generations of employees and most of their superiors will be from another generation, that's why it's important to know how to keep them productive. Check out this infographic on empathetic leadership to learn more about it!

10 Great American Universities To Get A Degree in Human Resources

While many underestimate the importance of a good education, for human resource executives it is of the utmost importance. Take a look at 10 outstanding universities where you can study human resources and get on the right track towards a great career. 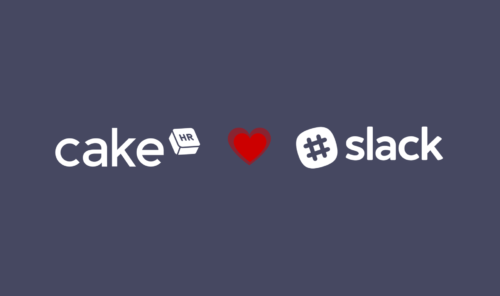 Slack Integration: Know who is Off and When with Style – Be Slack