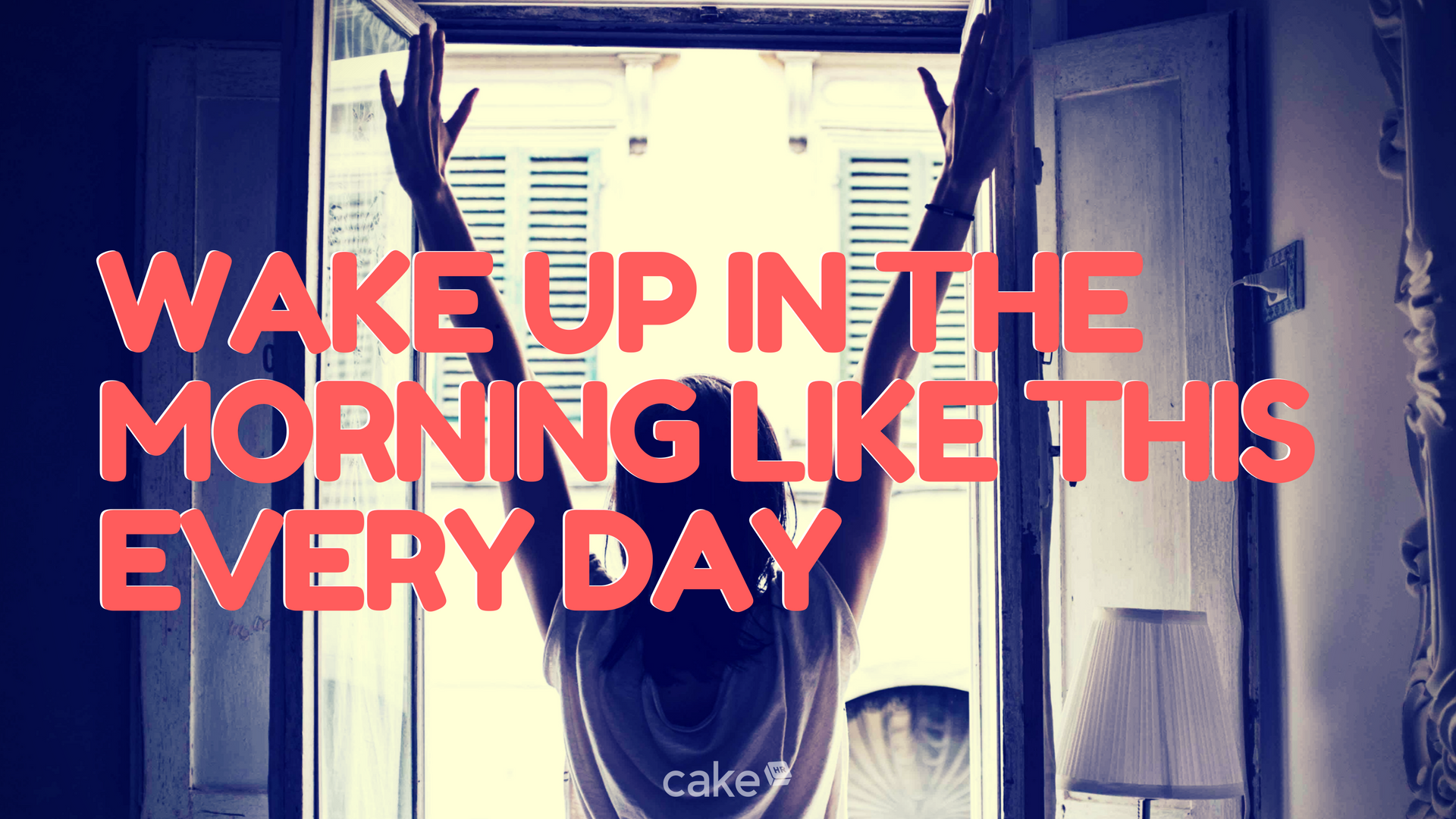 Earlier this year, I was in the middle of a job hunt.

Like many recent college graduates, I had no clear plan of action, but I was sure of at least one thing: I would do anything to avoid getting stuck in the 9-5 trap.

The truth is that the 9-5 work routine is an outdated system, primarily structured for physical labor occupations which no longer make up the majority of our workforce.

In reality, working less leads to higher productivity levels and it may have a lot to do with how we wake up in the morning.

You might think this is some joke, but we’re completely serious.

Working less will improve your productivity if you have a consistent and efficient morning routine to get more done in less time.

According to an analysis of the GDP data from the Organisation for Economic Co-operation and Development (OECD) and the hours worked from the CIA, seven countries with the highest GDP also have the fewest working hours.

The study divided GDP per capita by hours worked to measure productivity.

The “work less, earn more” phenomenon is happening elsewhere too.

Luxembourg maintains high productivity rates with 6-hour work days on a 5-day work week system, which totals to only 30 hours worked per week.

That’s not the case in the US, where entrepreneurs are working approximately 4 hours of overtime per week:

The average number of hours worked in a week by entrepreneurs is 44 http://t.co/vQTVOUNI6C

In the United States, where the traditional 9-5 system is still in use by many businesses, productivity is relatively low at £23.66 per hour/per person.

Likewise, the United Kingdom ranked seventeenth in productivity with a rate of £18.64 per hour/per person.

In the United States productivity is relatively low

In another study, it was found that productivity declined when the workweek exceeds 50 hours.

Furthermore, at 70 hours or more per week, productivity levels were the same as people who work 55 hours.

“Fewer hours = more productivity” is made possible by efficient morning routines that help entrepreneurs get more done in less time.

The Golden Hours of Productivity — get up Early

Psychologists are calling the first three hours of your day the most important for productivity. Before I had heard about this little piece of information, I would check my emails, social media, and voicemails for the first hour or so of my day.

Now, I use the first three hours of my day to focus on the work that’s most important to me.

In an interview with the Harvard Business Review, psychologist Ron Friedman said, “Typically, we have a window of about three hours where we’re really, really focused. We’re able to have some strong contributions in terms of planning, in terms of thinking, in terms of speaking well.”

Friedman added, “If we end up squandering those first three hours reacting to other people’s priorities for us, which is ultimately what voice mail, or email is, is a list of other people’s requests for our time, that ends up using up our best hours and we’re not quite as effect as we could be.”

In other words, checking your emails or voicemails in the first three hours of your day will put you in a reactive mindset, which conflicts with the outward direction that entrepreneurs need to succeed.

The golden hours of productivity are the key to successfully saving 20+ hours of your time every week.

How to Wake Up In The Morning

Your golden hours might be the first three hours of your day, but that doesn’t necessarily mean you should get straight to work.

If you have trouble waking up in the morning, it’s best to kick start the day that won’t also consume too much of our 3-hour productivity period.

Light exercise in the morning can help you kick start your day.

In fact, several researchers found that people who workout on a regular basis are more productive at work.

The key is to avoid intensive exercise which will cut into our three hours of optimal focus time.

In fact, even 10 minutes of exercise is enough to release GABA, which is a neurotransmitter that helps reduce stress.

@GabbyBernstein Truth! I meditate for 17 min every morning. Check out my morning routine for rockstar entrepreneurs: https://t.co/L61AmdyRoE

Yoga is quickly becoming a necessity in every successful entrepreneur’s morning routine, largely, because of its known ability to improve mindfulness and mental performance.

Writing in a journal has a similar effect on mindfulness, which is why it’s one of the first things I do in the morning.

Journal writing gives me a chance to reflect on the larger issues and improve my mental clarity.

It brings us closer to our values, goals, and ambitions by helping us track our overall development.

As a result, it can often provide solutions to looming problems in your business, industry, or job.

Recent research on meditation suggests that may improve mindfulness which can increase attention, memory, emotional intelligence and, ultimately, productivity.

Several studies have revealed that meditation is effective at reducing anxiety, which may potentially increase resilience and improve performance in stressful situations.

The founder of Elements Truffles, Alak Vasa, started meditating as a trader at Goldman Sachs to reduce stress.

“There was this one instance where the market tanked and there was panic on the desk. The trading desk was an organized riot. Thanks to my meditation practice, I was able to keep my composure and propose solutions to reduce the impact of the market crash.”

In the aftermath of 9/11, Jonathon Tang, CEO of VASTRM fashion, hired a meditation facilitator to offer employees the chance to meditate for 20 minutes.

“When the session was over, people who had never meditated before were filled with a sense of calm. It helped them be more present at work and even carried forth to being more present with their families at home.”

How to Eat Productively

According to the Health Enhancement Research Organization, employees who ate healthily all day long were 25% more likely to be more productive.

Furthermore, healthy employees were absent from work 27% less than their overweight counterparts.

We’ve grown up with the belief that breakfast is the most important meal of the day.

However, a study published in the American Journal of Clinical Nutrition says otherwise.

The study found no support for the belief that consuming breakfast leads to improved cognitive functioning, which is precisely the point: eating in the morning only helps if it consists of healthy foods.

Our brains alone consume about 20% of our daily calories.

We need 25 grams of glucose in our bloodstream and fat for optimal brain functioning.

Michael Green of Aston University in England recommends “more frequent but smaller meals” to maintain healthy glucose and fat levels throughout the day.

When it comes down to our morning routine, our diets should consist of healthy sources of glucose and fat.

For our morning routines, we want to include foods that contain low glycemic carbohydrates such as fruits, vegetables, whole grains, proteins and healthy fats, because they provide sustained energy.

Eggs – contain choline, a fat-like B vitamin that improves memory and reaction time;

Bananas – contain the 25 grams of glucose we need in our bloodstream throughout the day;

Yogurt – an excellent source of protein, minerals, and probiotics, which can increase the amount of water absorbed by the intestines and improve hydration;

Blueberries – in addition to their ability to counteract oxidative stress, Blueberries provide antioxidants that enhance memory and motor coordination.

Productive Things To Do During Work Time

The perfect balance between time and productivity is the key to success for entrepreneurs. It’s how we innovate and create new markets or challenge competitors in existing ones.

We’ve already established the importance of using the first three hours of our day for the most important and challenging tasks as well as some of the tactics we can use to get up early.

This list describes some of the things you can implement in your morning routine to get the most out of your first 3-hours and, ultimately, work less.

When it comes to productivity, personal motivation and consistency are fundamental, however, working 40+ hours every week isn’t the best use of your time.

On the contrary, it’s the way we apply motivation and consistency that determines our productivity.

What we eat has a direct impact on our performance at work. Want your mind (and your body) to perform optimally? Then you’ll need to practice good nutrition.

While this concept is neither new nor revolutionary, it’s the ability to actually do it that’s eluding many of us. Why?

One big roadblock is figuring out what “good nutrition” actually means.

The amount of conflicting information out there tends to leave us with more questions than answers.

Should I be following the food pyramid? Should I do a juice cleanse? Are “heart-healthy” whole grains really heart-healthy? How many Reese’s Peanut Butter Cups can I eat before I explode?

When it comes to nourishing our bodies and brains for optimal performance, it turns out good nutrition involves both what we eat and when we eat it.

For example, our brains work best with about 25 grams of glucose circulating in our blood stream — about the amount found in a banana.

So snacking on a banana between meals can actually help us sustain our brainpower.

If we were to snack on something high in sugar, like a handful of M&Ms, then we risk a blood sugar spike followed by a crash.

If you’re serious about performing your best at work, then making intelligent decisions about food is critical.

That’s why HubSpot teamed up with EBOC (Entrepreneurs & Business Owners Community) to create an infographic on which foods will help you keep up energy and productivity throughout the day.

While you’ll certainly have to adapt it to your own dietary needs, think of it as a guide to help you make the right choices to fuel both your body and your mind.

Check out Hubspot’s infographic, “The Productivity Diet,” for a full list of lunch, dinner, and snack foods! 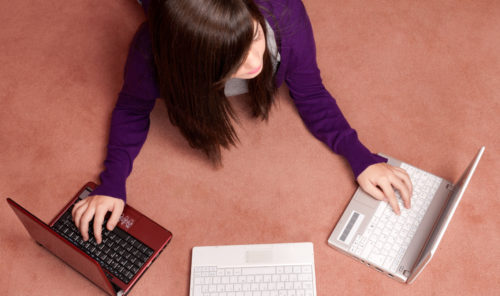 The problem noone foresaw – multitasking fails 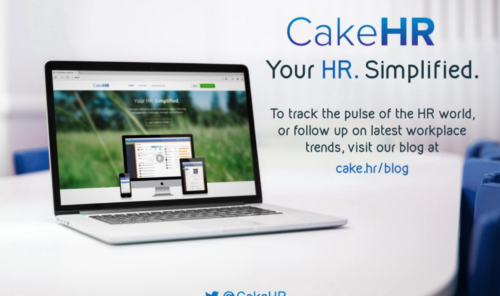 8 Reasons Why You Need CAKE HR in your Business 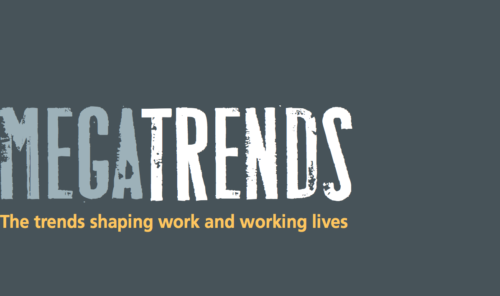 Are Organisations Losing The Trust Of Their Workers? [Report]

​A focus on the key trends shaping our economies and the world of work. CIPD Megatrends