What Quantum Physics Can Do For Your Business

What is quantum physics?

This question is not everyone’s cup of tea. Every time I think about it, pictures of unkempt men with long beards, thick eyeglasses and lab gowns flash in front of me.

Quantum physics is deep science that even most scientists can’t explain. Fortunately, someone in Las Vegas was able to make sense out of it. And no, he’s not Einstein.

His name is Jonathon Keats, an experimental philosopher who seems to be very captivated with the idea of quantum physics and marriage.

According to him, “Marriage is such an incredibly fraught topic”. Like any relationships, marriage carry its own share of physical, social and emotional stress.

“So much is invested —- dreams of a beautiful future, kids, a big house, etc. — in traditional marriage which is technically just a piece of paper, a legal contract.” Keats added.

With this motivation, Keats set off on a quest to find other ways to bind two people together, not just metaphorically but also physically.

And so the idea of quantum entanglement is born.

So what is quantum physics? How does it relate to Keats’ theory of quantum entanglement and marriage?

Quantum physics is subatomic, a process involving atoms and photons (light). And Keats’ quantum marriage is based around this principle.

According to him, quantum entanglement is a “phenomenon where two particles remain connected in their physical state even if they’re miles away from each other.”

He also added that whatever happens to one instantly affects the other.

From Keats’ point of view, quantum entanglement offers a magical yet romantic twist.

Objects that were entangled at the quantum level behave as one, no matter what state they are in.

In short, these objects act in perfect harmony with each other. Isn’t that what marriage (and any relationships) is supposed to be?

Quantum entanglement is not just an idea, it’s now a reality. At the Art Motel in Las Vegas, a non-linear crystal designed to entangle photons hang in a sunny window. The light coming from this crystal is bounced throughout the room using prisms and mirrors onto the bodies of anyone who wants to become “entangled”. 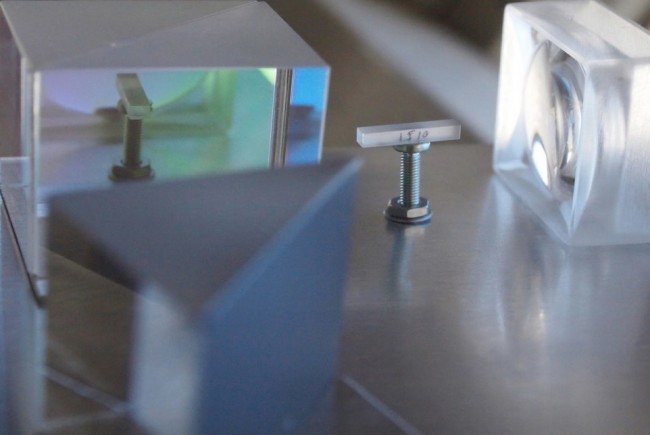 Keats believe that as photons bombard you and your partner’s body, some of your electrons will become entangled with your partner’s.

Here’s the catch: quantum entanglement is not guaranteed to work and because our technology is still ages away from uncovering the mystery behind quantum physics, no one can confirm whether the entanglement indeed happened or not.

Any attempt to measure entangled particles automatically disentangles them…It seemed to sort of contain within it the essence of trust, that really makes a relationship sustainable.”

Of course, Keats and his wife were among the first few who tried this new marriage ceremony. Here’s what he has to say about his experience:

“We’re happily entangled. I think it was certainly more meaningful than going down to City Hall and having some kind of contractual arrangement made.

Marriage becomes in some ways a pragmatic thing, and yet there obviously was and remains something much deeper to our relationship than that…

To have some other means by choice to be able to engage in this crazy experiment of being together with someone, and being together forever, it requires that we think beyond what marriage has become.”

The fact that quantum entanglement is a black box makes me feel skeptical about it. From a conservative point of view, it could be another attack on the sanctity of marriage.

Nevertheless, if you study the concept deep enough, there are obvious benefits that makes quantum entanglement worthy of its merits. Here are the reasons why I think it’s beneficial to your business.

“Two or more particles that become entangled behave as if they’re one and the same, even if they’re a universe apart.”

How important is unity to a business? Very. Wouldn’t it be nice to see your managers and workers toiling hard towards a common goal?

Teamwork is one of the attributes of an effective team. It drives productivity, creates opportunities and produces results.

Another obvious benefit of quantum entanglement is that it breeds trust. Building a culture of trust in your business is not easy.

Trust is important in your relationship with your clients and more especially in your dealing with your employees.

All the empowerment and training will not stick if your employees don’t trust you and your management.

“It requires that we think beyond…”

Quantum entanglement is like an open-ended question. It leaves it up to the participants to define its meaning for themselves.

This provides a great opportunity to re-evaluate and redefine your purpose as a team or a company.

Being the leader, I suggest that you start with yourself and then your management.

“Whatever happens to one instantly affects the other.”

Quantum entanglement creates a sense of accountability among its participants.

It teaches that you and your employees’ action have direct and indirect consequences, helping each other become more responsible. 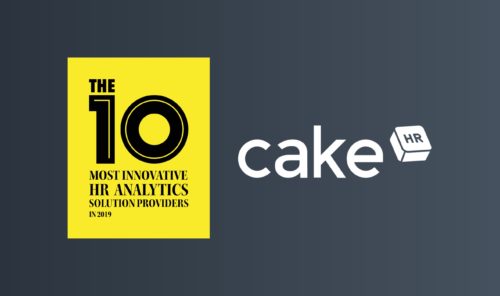 CakeHR – Among The 10 Most Innovative HR Analytics Solution Providers

HR analytics software CakeHR - not a bakery, but a layer cake of HR services! 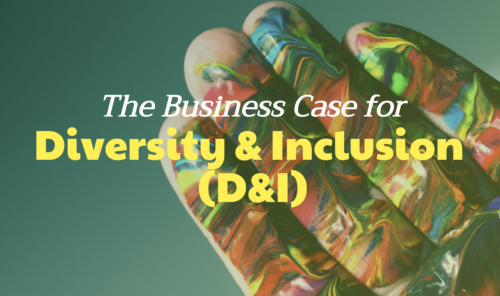 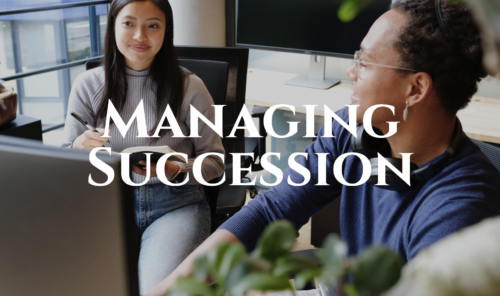 The Importance of Succession Planning

In the post-COVID-19 crisis landscape, a strong succession plan is critical