Mistakes and failures are a frequent occurrence for entrepreneurs around the world. However, the common mistakes of failed companies can serve as advice and reminders for entrepreneurs when leading their startups in a risky business environment.

Every year, a large percentage of SMEs and SMBs encounter business failure.

Although that might sound daunting, take heart from the words of Drew Houston, Dropbox founder and CEO,

“Don’t worry about failure. You only have to be right once.”

At the same time, it is important to examine some of the main drivers of why business startups fail so that we can enhance performance by asking ourselves if we’re making similar mistakes.

Don’t worry about failure. You only have to be right once.

Below are some questions to help you reflect on the direction and decisions of your startup.

Is Your Product What the Market Really Needs?

According to CB Insights’ analysis of 101 startup failure post-mortems, one of the top reasons for business failing was the lack of market need for the product.

Many failed companies attributed their business failures to developing the solution first, and then hunting for the problem in the market.

As Apple co-founder, chairman, and CEO Steve Jobs put it,

“One of the things I’ve always found is that you’ve got to start with the customer experience and work backwards to the technology. You can’t start with the technology and try to figure out where you’re going to try to sell it. And I’ve made this mistake probably more than anybody else in this room. And I got the scar tissue to prove it.”

An original and brilliant idea doesn’t guarantee success. Although a product might be a cool idea, it simply might not be what the customers need.

In order to stay afloat, SMEs and SMBs will have to push out products that appeal to and solve the problem of a significant market size to achieve product-market fit.

Is This the Ideal Time to Roll Out Your Product?

If a product is launched too early, it might contain numerous avoidable flaws, resulting in a negative first impression that influences the reception of subsequent versions.

If a product is launched too late, it might miss the window of opportunity and succumb to other market factors like intense competition.

Bill Gross, the founder of Idealab, emphasized during his TED talk the crucial importance to consider timing when launching a product. He used Airbnb as an example.

Despite having a great idea, business model, and execution, many investors doubted people would be willing to rent space in their homes to strangers.

However, the market loved it. Why? Because Airbnb was launched during the peak of recession when people were looking for ways to earn extra income, which possibly helped them accept the idea of renting space to strangers.

Another example was Uber, which emerged when drivers wanted extra money and readily joined.

Gross also mentioned how Citysearch was introduced when people wanted to create web pages and GoTo.com was presented when companies were searching for economical solutions to increase traffic.

There was a problem in the market and the companies provided the solution just in time.

Sometimes, the product is what the market needs, but not right now. In other words, you might be thinking in advance of the customers.

Other links have to be put in place before you can join the chain. Gross explained that although Z.com, an online entertainment company, had sufficient funds and a good business model, watching online video content required inputting codecs into browsers, which proved to be such a hassle and led to low US broadband penetration in 1999 to 2000.

Two years after Z.com went out of business in 2003, Adobe Flash had solved the codec obstacle and US broadband penetration had risen to more than 50 percent. That’s when YouTube entered the scene.

Your customers have to be ready for your product

The product, business model, and execution are all important, but your customers have to be ready for your product.

Are You Listening to and Incorporating Customer Feedback?

This goes hand in hand with striving to achieve a product-market fit. A fatal mistake that some failed companies made was ignoring customer feedback.

Startups, such as eCrowds and VoterTide, stated in their post-mortems that they had acquired tunnel vision with their products, continually introducing features and modifications that the company thought was awesome, not what the customers actually needed.

In the words of Lisa Stone, BlogHer cofounder and CEO,

Every time a new product or feature is rolled out, entrepreneurs have to prepare their hearts for a wave of feedback, positive or negative.

Sometimes, customers applaud the new invention and you receive validation from the market. Other times, you might get a string of negative reviews as deviantART’s cofounder Angelo Sotira joked,

“Every time we launch a feature, people yell at us.”

However, view the negative feedback as a learning opportunity as Microsoft cofounder Bill Gates once said,

“Your most unhappy customers are your greatest source of learning.”

LinkedIn later discovered people were hesitant because they were uncertain if the social network was social enough.

They didn’t want to sign up for a website without people to network with, which Hoffman described was similar to hanging out at an empty club.

LinkedIn’s solution? Users could upload their address books to see who else they knew was a LinkedIn member, serving as a social proof.

LinkedIn was able to interpret customer response, understand its target customers, and solve the problem.

Your most unhappy customers are your greatest source of learning

Entrepreneurs need to know their customers, pay attention to feedback, and adapt their products accordingly to design a product that focuses on user experience.

Do You Have a Viable Business Model?

One of the reasons for business failure is a nonexistent or unclear business model. A product may be appealing, but growth is hindered because of a lack of planning.

A good business model provides a scalable solution for the product and helps SMEs and SMBs survive in the long-term.

With a business model, startups plan how to earn revenue by defining who their customers are and how to acquire new customers along with deciding their product pricing and distribution strategies.

Do You Have the Right Team Members?

Some business startups fail because they don’t have a diverse and balanced team that accounts for various skills and checks one another’s decisions.

Aditya Mehta, cofounder of TipStop, learned from his first failed startup not to limit recruitment to friends and former coworkers.

Although he trusted them, they weren’t necessarily a good fit for their roles in the startup.

Do you have the right team members?

Team members should also possess the same goals, passion, expectations, and incentives as the entrepreneur.

They need to understand startups are prone to business failures, which means less job security.

Startups require committed and driven team members who are willing to put in extra effort to establish the business.

Entrepreneurs should also beware of the size of their teams. A team with too many members might delay efficiency and execution.

“If you can’t feed a team with two pizzas, it’s too large.”

The skills, discernment, management, and execution of a team influence startup operations and serve as a decisive factor for investment.

Investors not only evaluate the product, but also the team behind it.

Do You Have a Budget Master on Your Team?

CB Insights stated that running out of cash was the second highest reason why business startups failed.

Causes consist of keeping a poor track of spending and making wrong investments.

It may be smarter to remain in bootstrap mode even after receiving new funds.

David Skok, General Partner at Matrix Partners, also pointed out the significance of when SMEs and SMBs decide to step on the accelerator pedal. In other words, has your startup reached the stage to invest capital resources intensively?

A product still in need of a lot of development is not the appropriate time to beef up your sales and marketing team.

Step on the acceleration pedal hard only when substantial data show your business model is working.

Having the funds is imperative, but don’t lose focus on the driver

Having the funds is imperative, but don’t lose focus on the driver, your product. Mehta mentioned he overemphasized raising funds that his product ran behind schedule, leading to a loss of investor interest.

“Money is like gasoline during a road trip. You don’t want to run out of gas on your trip, but you’re not doing a tour of gas stations.”

What are Your Competitors Doing?

Originality of a product is not the equivalent of success. Once a product concept becomes hot, other competitors jump on the bandwagon for potential profit. Your competitors may provide a better version of your product. Stay on top of the game by being aware of what your competitors are offering to customers while improving your product as much as you can.

If Things don’t Work out, Reflect on or Add to the List of Reasons why Business Startups Fail.

Failures are common in the startup business. What’s more important is to examine the mistakes so that you can have a higher success ratio next time.

“Fail often so you can succeed sooner.”

A small and apparently an unusual step can lift you to big heights. Check out CakeHR software to know how a small effort of ours is enabling big changes at work.

Kristin Lin is a contributor on CakeHR. She is interested in the trends and practices of various fields in the professional world. With a UC Berkeley degree in Integrative Biology and Economics, she continues to pursue the intersection of business and science as a graduate student at Johns Hopkins University’s Biotechnology Enterprise and Entrepreneurship program. 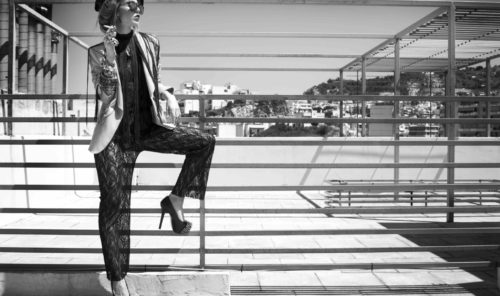 6 Tips in Hiring Your First Salesperson 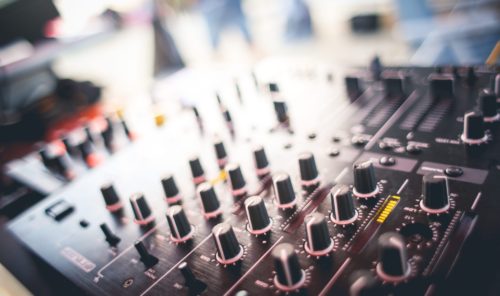 Putting the Pieces Together – HR Software

Give Your Business a Foundation That Runs Like Clockwork. 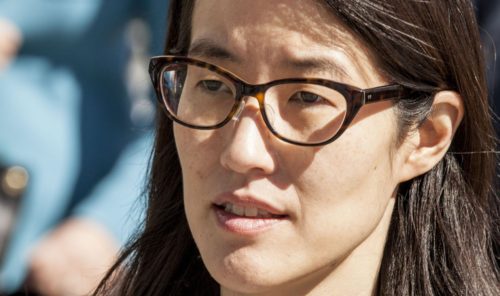 Perpetrator or Victim? Introduction To The Drama of Ellen Pao