Can You Solve the Riddle: Why Women Earn Less Than Men?

Many companies want to be a supporter of equal opportunity and pay equity. We can carry out this mission to become better recruiters and managers by understanding some of the different reasons why women earn less than men and taking action accordingly.

Let’s start with a riddle.

A father and son get into a car accident that kills the father instantly.

The son is rushed to the hospital and needs surgery.

The surgeon sees the patient and says, “I can’t operate, that boy is my son.” Why?

If you’ve already guessed the answer, awesome! If not, read on to discover the answer.

Do women get paid less than men?

Do women get paid less than men? The US Department of Labor states that full-time working women earn 21% less than what men are paid.

Reasons why women earn less are hotly debated. Some people believe the difference is due to gender discrimination, which is why a day each year is designated as Equal Pay Day to raise awareness for the gender pay gap.

Some people dismiss the difference and protest the statistic is uselessly feeding the pay gap myth because many factors like hours worked, job types, experience, etc. have not been accounted for.

Women make less than men because of the types of occupations pursued and the low percentage of female workers in male-dominated industries.

This occupational gender segregation constitutes a large part of the 21% wage gap between men and women.

For example, the 2009 American Community Survey by Census Bureau discovered that women consist 48% of the US workforce, but only comprise 24% percent of workers in STEM fields.

Instead of focusing on why women choose popular “female” occupations, we should discuss why more women aren’t joining higher-paying industries.

If more and more women work in male-dominated fields, the pay gap can be reduced.

Several governments, education institutions, associations, and groups have responded by establishing programs that aim to expose females to STEM fields, encourage them to participate, and teach them STEM-related skills.

In the same way, companies should create an environment and culture that foster gender diversity in the workplace.

This is a business necessity. Since companies’ customer base most likely includes a large percentage of women, it is important to have a proportionate number of women on teams to design products that also consider the habits and serve the needs of female customers.

Training opportunities have to be offered through internal training events, workshops, or university training, etc.

This is what Etsy did

In the beginning of 2011, even though females were 80% of their customer base, Etsy only had 3 female engineers versus 44 male engineers.

After searching for a year, they only hired one additional female engineer. In desperation, Etsy’s management turned their recruiting efforts to training female junior engineers.

By 2013, Etsy had 20 competent female engineers on their team.

Even though females were 80% of their customer base, Etsy only had 3 female engineers

Training female employees, not only assists them to climb up the career ladder, but also enables them to make lateral moves in the company if they are interested in a career change.

Many women become mothers in their 20s or 30s, causing their careers to come to a halt while men continue working to climb the career ladder.

After giving birth, some women choose to stay at home while others continue pursuing their careers.

This is one of the reasons why there are few female executives. According to Catalyst, only 22 CEO positions at the S&P 500 companies are occupied by women.

If women return to the job market, they may suffer the “motherhood penalty”, which influences the position and compensation they may be offered.

In addition, women may opt for more flexibility in work hours or shorten work hours in order to spend time taking care of children.

All of these factors contribute to the 21% wage gap.

Motherhood affects the wage gap, but its “penalty” can be decreased with a more flexible leave system.

Traditionally, women are considered the main ones responsible for child-rearing. In reality, both parents should be involved in caring for the baby.

That’s what the Swedish government tells its citizens.

Sweden’s parental leave policies declare that having a baby is compatible with a career.

In Sweden, parents are allowed to take 480 days of parental leave in total. Fathers are incentivized with extra month allowances to take at least 3 months of leave.

The message is clear: both parents should share the responsibility to take care of children. The Swedish government believes society can only achieve gender equality when family responsibilities are equally shared.

In 2010, the Swedish Institute of Labor Market Policy discovered for every month a father was on leave, there was a 7 percent increase in women’s future earnings.

As expected, Sweden is regarded as one of the countries in the world with the narrowest gender gap according to the World Economic Forum.

Sweden’s parental leave policies are enacted by the government.

However, companies outside of Sweden can strive to design a system that allows flexibility in scheduling leave while supporting mothers and fathers to integrate career and family, achieving work-life balance.

Managing leave and time-off can become complicated as the number of employees increase, but great software solutions such as *hint, hint* CakeHR can help you organize and manage employee leave planning easily and efficiently.

Women, on the other hand, are encouraged to be undemanding, understanding, and friendly. As a result, asking for a pay raise can be quite intimidating for women.

Their fears may be justified. Many times, women who ask for a pay raise may be labeled as pushy or aggressive.

The social consequences they suffer act as warnings to other women, discouraging them to do the same.

In a study by Professor Marilyn Davidson, co-director of the Center for Equality and Diversity at Work, describes the compensation men expect and believe they deserve is higher than what women expect and think they deserve for the same work.

Fearing the consequences of asking for a promotion or undervaluing one’s own work is reflected in the gender pay gap.

If an employee has been performing well for a decent period of time, they should be able to present their case and be compensated for good work.

It’s one of the ways companies retain their employees.

Companies can alleviate the agony of asking for a pay raise by providing a more comfortable atmosphere for employees to ask without worrying about repercussions if the proposal is rejected.

When extended to 10 years after college, the pay gap increased to 12 percent. Both percentages are smaller than the widely reported 21 percent, but still significant and might indicate gender bias or discrimination.

In the experiment, resumes applying for a lab manager position were sent to over one hundred STEM professors across the US.

Everything about the resumes was identical, except for the name. Half of them were named “John” and the other half named “Jennifer”.

The professors were randomly assigned Jennifer or John and asked to evaluate the candidate based on the resume.

Surprisingly, Jennifer was less likely to be hired or mentored than John

Jennifer was also offered an average $4,000 less per year than John, calculating a 13% wage gap. John was significantly favored by male and female professors.

Back to the Riddle

Have you come up with an explanation yet? The answer is…the surgeon is the son’s mother.

This riddle was part of a Boston University research on gender bias conducted by Mikaela Wapman and Deborah Belle.

Out of the 197 BU psychology students surveyed, 86 percent answered the riddle incorrectly, including women.

Did you answer correctly?

Now That We Know Why Women Earn Less, What Can We Do?

First of all, we should recognize that all of us, men and women, may hold a subconscious bias even when we have no intention to discriminate.

Keeping that in mind will help us be as fair as possible when assessing job applications and performance evaluations.

This will narrow the pay gap by creating more opportunities for women while helping the company reach a broader market range with input from female employees.

Understanding the reasons behind the gender pay gap, addressing the issues, and taking action to cultivate and protect gender diversity are ultimately beneficial to a company’s employees and the company itself.

Managing leave and time-off can become complicated as the number of employees increase, but great software solutions such as *hint, hint* CakeHR can help you organize and manage employee leave planning easily and efficiently.

Women now make up roughly half of America’s workforce and graduate at a higher rate than men from college and graduate schools — but even professional women make less than men in the same occupation with equivalent degrees. 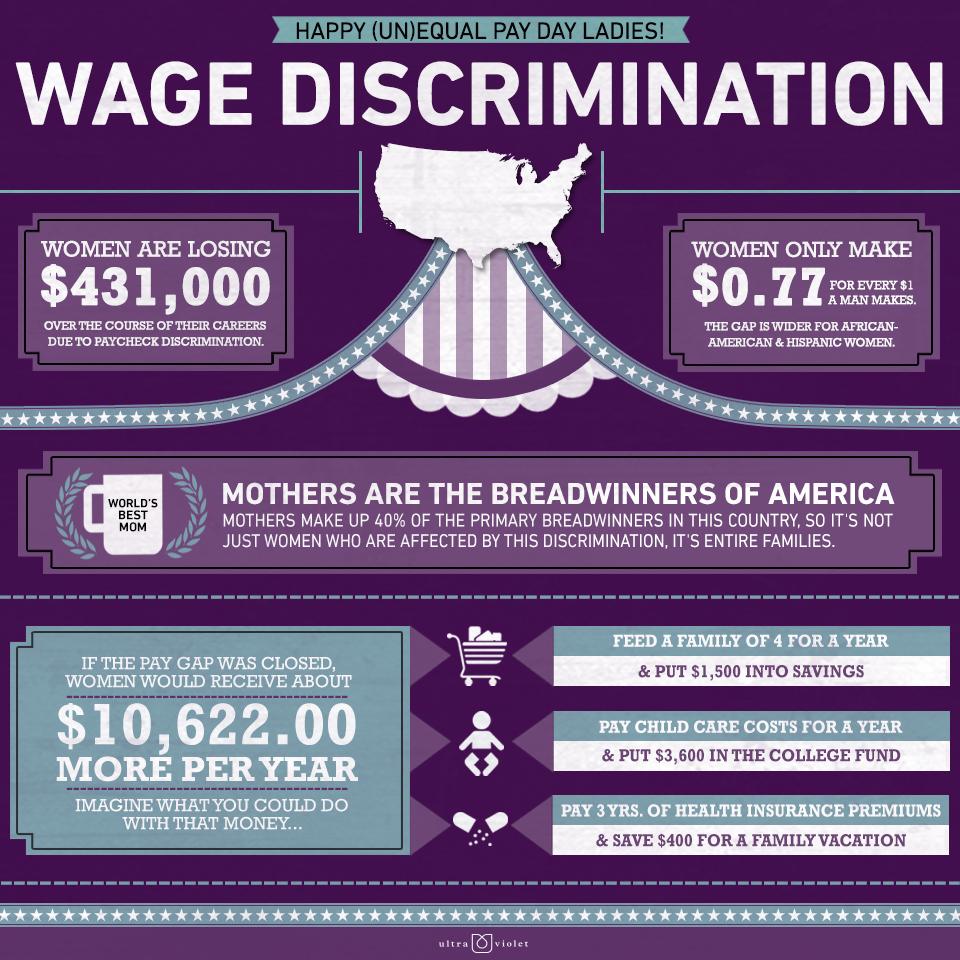 Kristin Lin is a contributor on CakeHR. She is interested in the trends and practices of various fields in the professional world. With a UC Berkeley degree in Integrative Biology and Economics, she continues to pursue the intersection of business and science as a graduate student at Johns Hopkins University’s Biotechnology Enterprise and Entrepreneurship program. 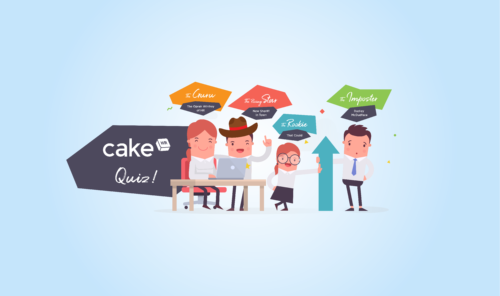 How Strong Is Your HR Game? Take the HR Quiz to Find Out Your True HR Personality!

Fancy yourself as the next big Human Resources virtuoso? Let’s see shall we? 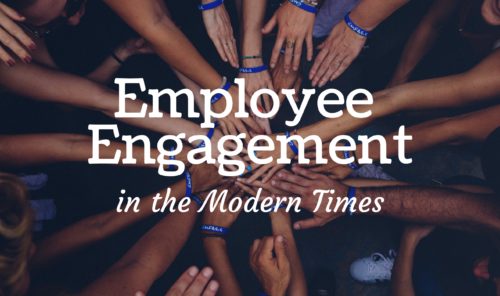 Employee engagement has always been a great issue for each business and company. The higher employee engagement the higher the productivity is. Nowadays technology helps to improve communication within the workplace, which ensure to make an engaged workplace.