Women in Technology – Breaking away from the modern day shackles

Women in IT own it up! Whether it is changing the stereotypical landscape or aggressively chasing their ambitions – it is high time for tech sector to be female friendly

In this global, multi-generational and socially hyper-connected work eco-system isn’t it ironic that we still need to discuss and defend the case for women in technology or the lack of it.

The number of women in tech should be as good as any other field like art, music, teaching, or medicine. But the reality is both surprising and primitive.

Women fill only 15.6% of the tech positions in the top 11 major tech companies as per a 2014 study, which means women have a very less say in setting the strategic direction or leading the tech product development.

To change this downward trend, advice from Sairee Chahal (Founder, Sheroes) that states “Build the new, don’t just fight the old,” would go a long way.

The tech industry has for long shied away to accept women in the mainstream critical positions owing to the ingrained insecurities that are deep rooted in the system.

Women fill only 15.6% of the tech positions in the top 11 major #tech companies

Before we delve into the insecurities, let us reiterate the reasons that make IT so awesome with women in it.

If IT businesses want intelligent teams, let it have more women:

A research study by Anita Woolley and Thomas Malone (professors at Carnegie Mellon and MIT Sloan respectively) had come up with a finding that if the group includes more women, its collective intelligence rises.

Diversity is the fodder for high performance:

If you mean to generate hard-core results, creating balanced teams that have moderate level of cognitive diversity and social sensitivity can be really effective.

McKinsey survey reports companies in the top quartile for gender diversity are 15% more likely to have financial returns above the industry median.

Face it – All men clubs become static after a point without any fresh or challenging perspectives.

Women have everything it takes to lead and manage innovation:

While Sheryl Sandberg, Virginia Rometty, Susan Wojcicki, Marisa Mayer, and Meg Whitman are some of the quick names that pop up every time a discussion on “Women in Technology” comes up, there are many female champions in small or big IT firms who might never get noticed among these worthy influential women.

However, their contribution and success stories add up to the enigma of women leadership in IT.

Women can build products that reflect consumer base and generate greater ROI:

Picture this. 55% of twitter users are women. 55% of Facebook users are women, 60% of social gaming players are female. This tells that women surpass men in social media consumption, a trend that also holds true for other products/services in the market.

ROI is 34% higher for tech companies with more women in management as women on tech teams boost problem solving and creativity.

‘Not-so-Impressive’ numbers of Women In Technology – Insecurities and Roadblocks

Women in tech do face certain detractors – some obvious and others hidden that dwindle the growth of women in tech field.

Let’s discuss few of the acute ones.

World is full of stereotypes, and techies are not devoid of them. Women supposedly don’t fit into the extreme IT environment marked by casual dressers who slog on beanbags till unruly wee hours, coding their way to glory.

Women themselves don’t seem to be convinced that it is perfectly normal to harbor aspirations and dreams whether in IT or any other domain. Familial responsibilities and societal pressures become so overwhelming, that success without compromising or rebelling doesn’t seem to be plausible reality.

Many organizations especially the large corporations are doing away with any form of sexism with progressive policies to retain women staff. However, as sad as it may be, latent and subtle sexism prevails in many business quarters with women not been taken seriously or not given platforms to prove their worth. Also, women’s pay rate is still not equal to men’s, a caustic truth.

The STEM (Science, Technology, Engineering & Math) careers are hallmark of the inequality where just 15% of women find job in these professions after completing college as compared to 31% of men in the same position. This can be attributed to several factors including:

Shaking up Status-Quo: Efforts to proliferate women in tech

Some small yet significant steps that promise better future for women in IT are as follows:

“I wake up every morning and think to myself, ‘How far can I push the company forward in the next 24 hours?’” – statement by Leah Busque (Founder & CEO, TaskRabbit) reflects the level of determination and value women bring to the table.

It’s high time IT woke up to the power of women.

CakeHR strongly supports the rise of women in tech and everything that is progressive at workplace. Know how we help to modernize company processes by visiting cake.hr

Mitalee, a true professional with over 5 years of corporate experience in Human Resources and Health Sector. Contributor on CakeHR where tracks the newest trends and practices of the work-life world.

Buying an HR Software? Look for These 7 Key Features [SlideShare]

The best HR Software is built FOR your employees

The habits that differentiate them 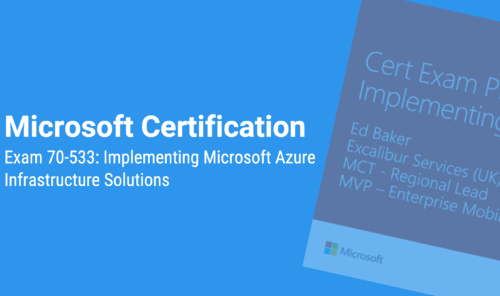 Become more effective and productive after achieving this technical certification!