Okay, Everybody – Recession’s Over, Back to Work!

A review of “Deloitte’s Global Human Capital Trends in 2014”

I just read a fascinating report about Global Human Capital Trends in 2014.

Authored jointly by Deloitte Consulting LLP and Bersin by Deloitte, it’s based on a pretty large survey conducted in late 2013 about the attitudes and perceptions of more than 2,500 business and HR leaders in 94 countries.

Of the 12 global trends identified in the report, 7 are oriented more toward workforce management,

and the other 5 have to do with the organization itself – its leadership, processes and technology. Not only did the survey ask respondents what they thought were the most pressing issues facing their businesses, it also asked them how prepared they thought their own organizations were to meet those issues. It also asked the HR professionals to assess their own performance. Because the self-assessments aren’t cheerfully optimistic, and in fact are pretty critical, I’m inclined to trust the survey’s results and conclusions.

My first job was with a New York City-based labor union, and during the course of nearly 20 years there, I learned to view most business issues through the prism of labor relations, as well as many broader economic issues. For instance, here in the U.S., we’re still extricating ourselves from one of the most severe recessions this nation’s ever experienced. We’re more than ready to break out of it, and even though the report’s findings show a great deal of room for improvement in critical areas, I think it’s encouraging that they put the responsibility for implementing change on the leaders.

Admittedly, the survey and the subsequent report focus on human capital issues like workforce management and leadership development, not “all global business issues,” and so issues like supply chain management, protectionism and illegal trade practices weren’t considered among the list of trending issues. Still, it’s a good bet that the issues found to be most urgent in this survey — issues like leadership development, retention and engagement of talent, reskilling HR and acquisition of new talent — would be found at or near the top of any report on any collective set of global business issues.

The More Things Change, The More They Stay The Same

The need to build and develop leadership was seen as the most urgent issue across the board. I’m hard-pressed to think of a time, though, when that wasn’t a crucial issue. When I first entered the HR field, one of the first issues I learned about when I went into HR was “succession planning” – that is, how to fill unexpected vacancies at or near the top. The union I worked for in New York City was political – that is, its leadership was directly elected by the membership at the regional level. As with any such organization, there was always a gaggle of potential replacements ready to run for office upon the resignation or retirement of an incumbent. We tried, though, always to have some plan in place to address the contingency of department heads and professionals leaving, so that we wouldn’t be stuck with vacuums of leadership.

Leadership development is difficult to do when the people currently in positions of leadership have no intention of leaving, though. At the union, the fellow who ran the auditing department — the general auditor — was a brilliant man, and when he asked the board for permission to continue working past age 70, which was then the mandatory retirement age, they were only too happy to oblige. I met him when he was in his mid-80s. He was still going strong, kind of, although his workweek had been cut to three days. There was no doubt, though, that he was in charge.

The problem was that other people in the department were becoming discouraged about their chances for promotion because it appeared as if the man would never retire.

In fact, he did retire, but not until he was 92 years old and it was clear that while, as they say, the spirit was willing, the flesh had become far too weak. It was too late for our auditing department, though. Three people who’d been with us for decades in anticipation of earning the top spot had finally moved on, taking with them an invaluable trove of professional expertise and institutional knowledge. It was becoming more and more difficult to hire experienced auditors as well, because they saw that their professional growth might be stunted. Thus, when the general auditor finally retired, the fellow who took over was just three or four years out of school, and had been with us for only about two years.

Likewise, when our general counsel retired, it took the leadership by surprise. The obvious choice to replace him, a fellow named Ron, who’d very ably filled the number two position for years, had apparently rubbed the wrong people the wrong way, and so the decision was made to replace the general counsel with an outsider. The next year or so in the legal department was not pretty at all, and the replacement eventually left under a cloud of his own making, following which the leadership finally offered the job to Ron. The result was that the union lost a couple of years of progress in its legal department while it thrashed out its problems; in addition, they wound up paying Ron a great deal more than if they’d offered him the job when they should have.

What I learned from this was that while organizations tend to think in terms of their top leadership when they think of succession planning, it’s something that really needs to be done in most, if not all departments, and it has to be done over the objections of current leadership – which usually means it has to be driven from the C-suite.

Despite this first-hand insight, when I finally moved on from the union and went to work first in a telecom and then in a vitamin factory, succession planning was non-existent. With few exceptions, the people in positions of leadership had no intention of leaving, and they were very suspicious of efforts to plan for the future, even if it was couched in terms of replacing them in the event they were promoted. They didn’t want to participate in anything that might prepare someone to push them out of the way.

Numbered Days for Rank and Yank?

According to the report, of all the workforce management issues considered, the two most important are retention and engagement, and talent acquisition and access. The others are workforce capability, learning and development, performance management, the overwhelmed employee, and diversity and inclusion. Of these, the one most despised by employees and even by a growing number of managers as well is performance management, which in many organizations is referred to as “rank and yank,” a reference to the practice some firms have of discharging those who rank lowest in performance reviews.

I have very little personal experience with performance reviews. The union didn’t use them, in part because of its long experience with employers using such tools as justification for favoritism. However, some of our department heads had undergone management training in school and really believed in performance reviews, and conducted them on their own. They weren’t competitive in nature, though, and many off the department heads who conducted them took the opportunity to interact with their staff on a broad variety of issues including goal-setting, career development, and skills assessment.

The telecom I worked at was a very young company, and when I started there, it had just about reached the size where it had to start implementing serious management principles.

I was asked to talk with the department heads in our facility and sound them out on their favorite performance management system. After a couple of days or really productive discussions with most of them, I was able to report confidently to my boss that they all had extensive experience at previous employers and they all really, really hated the idea. One woman promised to rate everyone in her department exactly the same, and another promised that the day we implemented performance reviews would be the day she submitted her resignation.

The vitamin factory took a different, albeit effective approach. The overwhelming majority of our people were factory production workers. They reported for work and did their jobs as expected. If they didn’t live up to expectations, they’d fall into a system of progressive discipline, which would either rehabilitate them or lead to their dismissal. Annual compensation increases were the same across the board for everyone and were based on the company’s overall financial performance; if you were with the company thirty days before the effective date of the increase, you got it.

The performance management system that rates and ranks employees traces its roots to the turn of the 20th century, when simple productivity metrics like the number of widgets produced, wrapped, or loaded onto a truck were considered the best measures of an employee’s performance. Today’s employees, though, work in service or knowledge-related jobs, often in teams, employing skills that are developed over time. A good manager is hard-pressed to assign a numerical value to the skills of each person on her team, especially if she knows that the people with the lowest scores may be in jeopardy for their jobs, even if their performance is adequate or better.

Now, of the 1700 or so respondents to the survey’s section about performance management, I cannot tell how many actually had performance management systems in place, but 70 percent said they’re either currently evaluating those programs or they just completed a review and update, while an additional 15 percent say they’ll be performing a review by the end of 2015. There’s really no better evidence that a huge majority of managers, including HR leaders, are dissatisfied with the current way of doing things with respect to performance management.

This is excellent news, especially when taken in the context that performance management systems are being changed to reduce or eliminate the importance of competitive evaluation.

Performance evaluations can be useful tools for identify strengths and weaknesses among team members,

As the world pulls out of the 2007 recession, managers are finding that some things really are changing, and some things really are the same. Even as the issues with leadership remain with us year in and year out, from decade to decade, other challenges, like the globalization of talent, are spurred by the myriad advances being made in technology. Those same advances permit us to confront those challenges and transform them into opportunities.

The companies that are the most successful, in my opinion, will be those that implement workforce management strategies that accommodate their employees’ aspirations by providing them with well-trained visionary leadership, a clear understanding of what’s expected of them, and the opportunity to contribute meaningfully to the company’s decision-making process.

COVID-19 has posed a threat to D&I, here we explore why prioritising the focus will be of benefit throughout your recovery 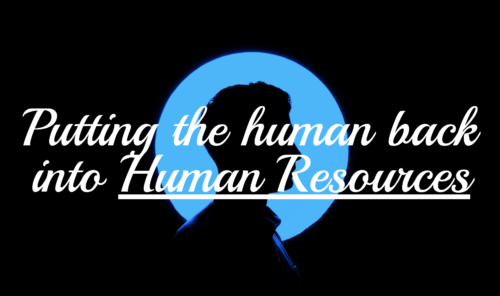 How the COVID-19 Pandemic Is Changing the Role of HR

Coronavirus has changed where & how we do HR, but what will the lasting impact be? 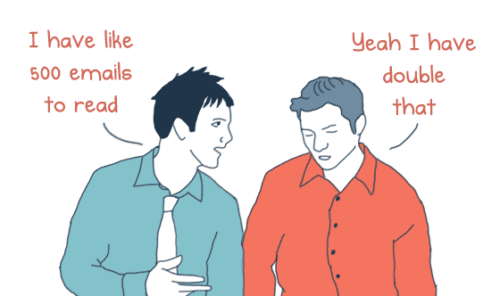 How To Appear Smart In Emails [Infographic]